Silk and linen... black and red

For the last few days I was thinking to show you pictures of our weekend walks and talk a little about what I think about our current situation... But then work happened, and when I finished it (no, not really, but now at least I can breath), and then I finally had a good night sleep, the sun came out, so I thought I would push and chew on those thoughts a little more, and rather show you another shawl I wove at Ágis Workhop a few weeks ago. 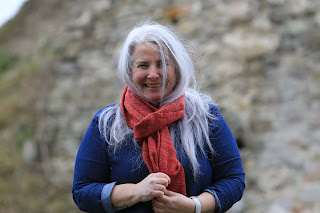 I spun these yarns some years ago. 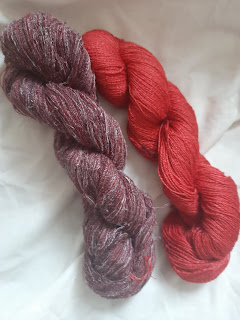 The darker one was a Specialty Blend from World of Wool, I might have mentioned that I am such a sucker for linen. I love linen clothes, I love sewing linen, I love to weave with linen, and if some yarn has linen fiber in it I want it. Don't know why, probably something got caught up in my mind, from when I lived in Miami, who knows. 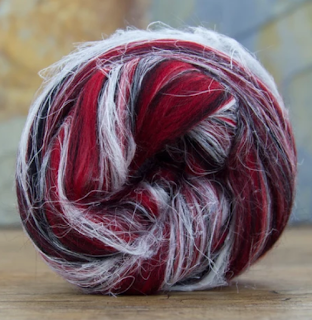 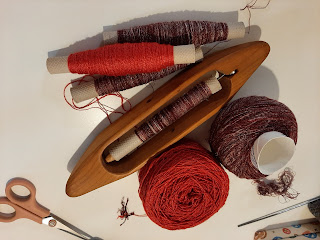 However I never got around to do that, Teri's workshop (that had the loom with the black warp) closed, things happened, and I wasn't thinking about weaving that much... 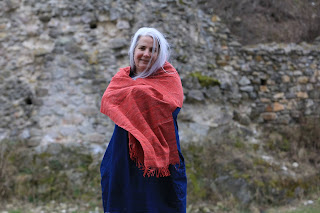 But while working on rearranging the flat (no, it is still not done), from time to time it found its way into my hands. I started wanting to weave again, but the the Plague came, workshops closed, opened, then closed again, and I did not managed to weave it.... 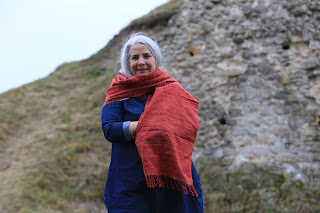 Until Ági opened her workshop and there was that RED warp. I did weave a red shawl in it pretty soon after opening, just as a warm up (if weaving 3,5 meters of linen twill wasn't warming up enough), but I felt it was not enough. (Can a silverheaded woman has enough red shawls?) 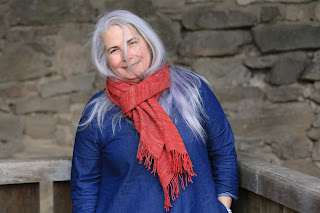 And the package with the two hanks of handspun yarn somehow found its way to my hands again, and I though, what if intsead of taking it toward the black I would tip it toward the red? 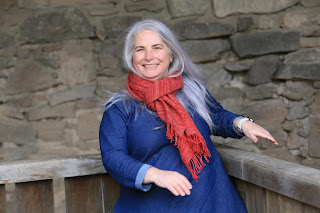 Thoughts were followed by action, and there I was at the "Squirrel" again throwing the shuttle from left to right, from right to left. 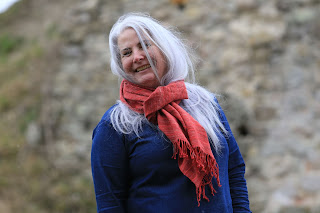 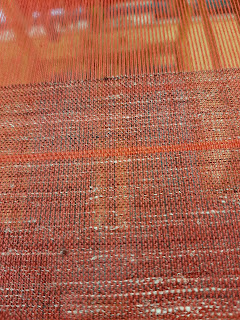 Technically it wasn't challenging, once again, the handpsun yarn, that is mostly so thin like a thread was left to speak for itself. 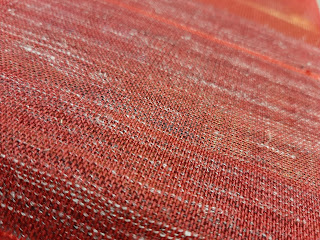 The mix of the three colors, the two very differently structured fiber kept me entertained and then throwing the extra lines from silk, just the rythm, and order I so need from weaving. 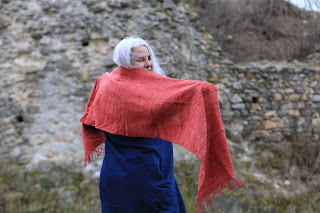 I do love this shawl and will wear it happily. But in retrospect, in all honesty I am not sure, the red warp did not overwhelmed the yarn. Wouldn't have a black warp emphasize more the contast between the red and the black? 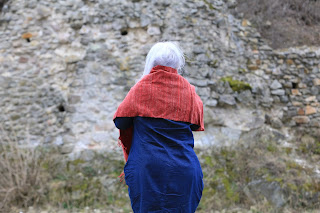 This is something I can only know, if I could weave the same yarn again, in a black warp... Which I might just do. Sometimes. 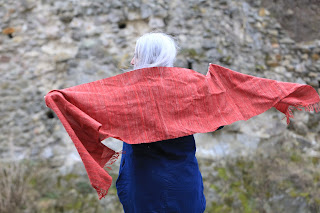 The fiber is still available from the WoW (though they do not ship to the EU at the moment), so nothing keeps me spinning another hank and try it in a black warp, once that will be available in some of the workshops that keep popping up in the city. 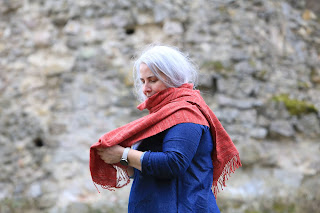 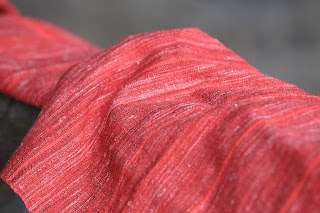 And here is the place for the same obligatory swooning about weaving from handspun yarn, but I did that in my last weaving post, go and read that, LOL. Let's just say, I am afraid there will be some time before I got bored of it. 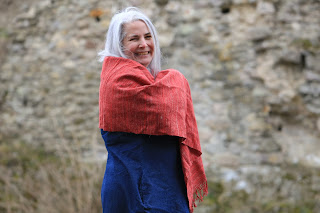 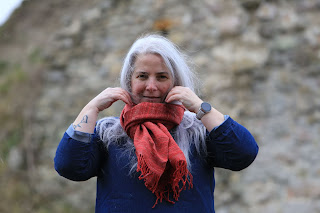 I did the "contrast" (umm, or is it "only" the decorating?) lines of real red silk yarn in differenty rythm, they followed each other more closely at the edges of the shawl, and further away in the middle of it, which I would keep, would I be weaving the same thing in a black warp. 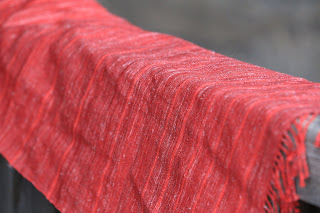 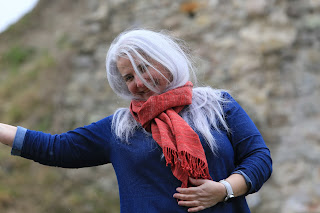 When I was talking about my plans for this shawl with Ági, she mentioned (okay, was trying to convince me), thet I could (should???) do some small picked pattern on the decorating stripes, but I ended up not doing it. 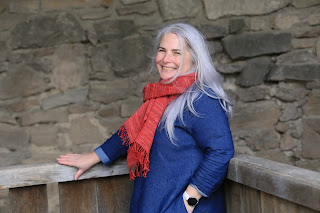 Partly because of time restraints (this one of the reasons I want my own loom), I wanted to finish the shawl in one day, and I still wasn't feeling confident enough. 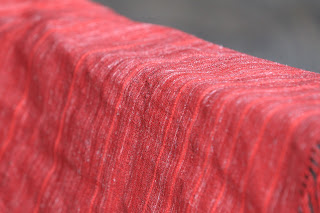 Also, because I had the feeling that there is something about the simplity of it, that aside letting the handspun yarn shine, also will be enchanting for me. 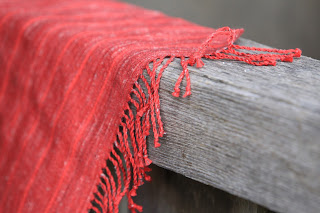 And it was. NOT that I do not want to try it, or will not go back and ask Ági to teach me, but for now, I needed this simple thing.

And let me just say, no, I am no way finished with that red warp... Not by a long shot. 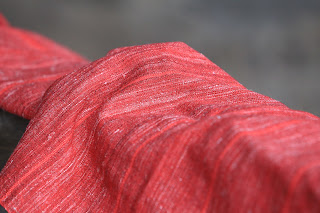 Workshop: MintaMókus
Yarn: my own handspun
Fiber: World of Wool
Workshop photos: my phone
Photo: Norbert Varga
Posted by peony at 7:30 AM