That contrary to what some say, I am not spinning thin lace yars because I am not able to spin thicker ones.  I can. 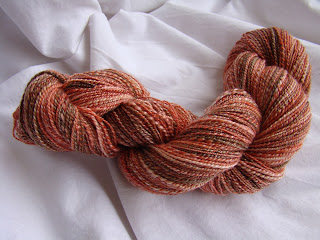 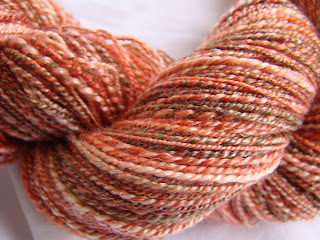 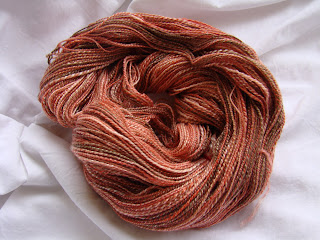 This one was made of the batt I've written about here. The mixture of merino and angora, gave an interesting, soft touch to the yarn. 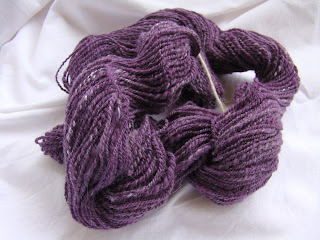 The mixture of purle and white fibers gave a tweedy effect. Its not too much, I don't yet know what it wants to become... 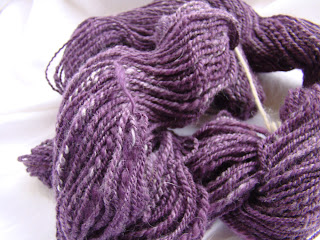 This treasure was made out of using leftover dyes. We wanted to repeat the colors of the rainbow yarn (succesfully, mind you, but I will write about it later), so I just took out a piece of roving, and dunked it in the dye. 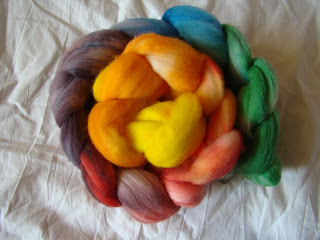 I tried to half it very evenly, so and spin the half, so there is only a little layover between the colors. 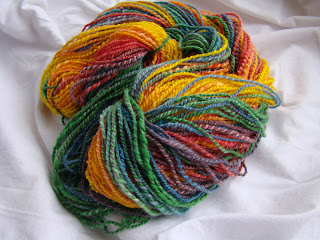 I still have to better my dyeing technic as though it felt the roving stayed soft enough after the dyebath, it stuck a bit when trying to longdraw it. 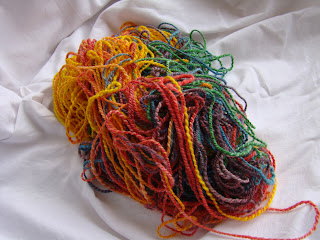 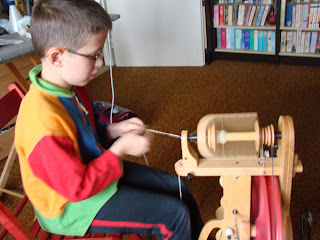 We got this toy weaving loom from my half sister a couple of years ago, when Chris fell in love with weaving on the big craft fair.When I asked for it the remains of the original warping were still there, but by the time it arrived to us, every trace of yarn was carefully cleaned off... Of course I had absolutely no idea how to do it... 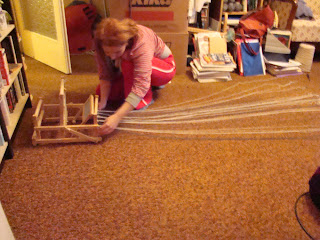 For the longest time I was like the little bird without shoes in the Mora poem, "he run to the shoemaker, run to everyone...".. The Waldorf trained teacher of Chris sent us away with "I only understand teh weaving frames", the aqcuittance who weaves brushed us off, we even took it to the craft fair, where someone "would gladli warp it, but it would take a day or so..." 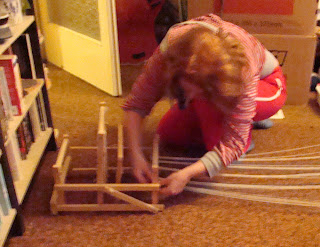 But you know me, right? I wouldn't let this "thing" get the better of me. This year I met Lotti in the craft fair who showed me how to thread ONE warp in.... 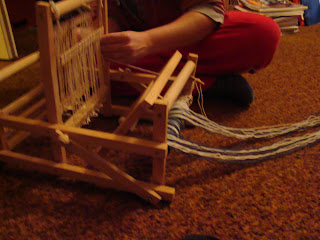 but I was on my own with the rest.. 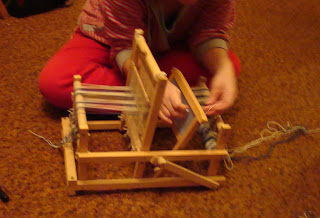 But Chris can really say now... I CAN do whatever I put my mind to. 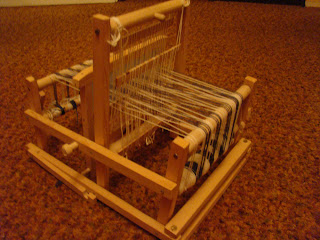 P.s.1: Sorry for the dark and sometimes blurry pics, but these days not only gets dark so early... but also rarely gets light enough during the day to make proper pictures.
P.s.2: You really don't want to know, but I want to weave in reallooms so bad it hurts.
Posted by peony at 1:20 PM 1 comment: