I started knitting a Lanesplitter skirt... striped garter stitch. I don't know whatwas I thinking as I desparately dislike garter stitch. I can only take a couple rows of it, for decoration, or to avoid rolled edges, which I dislike even more. 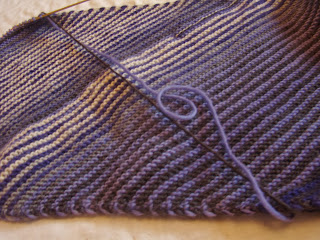 Then I got so bored of it, I wanted to stab my eyes out with the metal needles, and against boredom I thought quick, lets start something else...something completely different.... 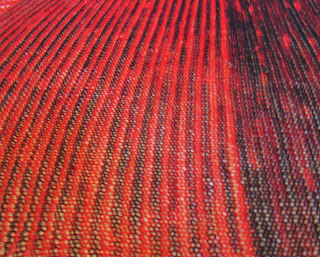 Now, that we established the fact that I am a selfish knitter (and have no shame about it) here is an other thing I've knitted for someone else.
Luca (of Barkafonal) asked me late last winter if I have "any handspun natural colored yarn"
"No, but I can spin some. Why?" I answered.
"Because I am getting married, and I would like to knit or crochet something for my wedding dress."
There she was in the middle of a store full of yarn, an she is asking for my yarn. I was moved, and didn't even thought of saying no.
Then we agreed in which fiber, what thickness, and I spun some 7-800 meters of  laceweight alpaca/silk for her. 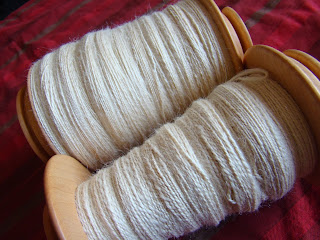 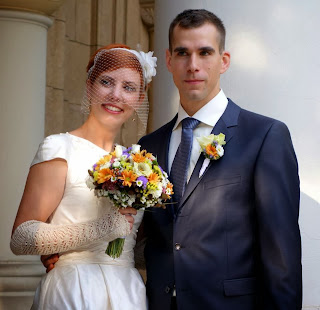 And the next I saw it, was on the pictures of the wedding. 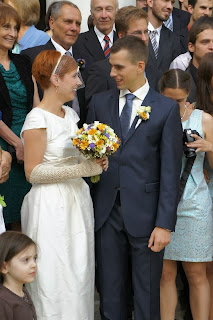 Handspun alpaca silk, about 50-60 gramms, beads, and the design is mine. Actually, I halved the yarn I spun, and since the glowes were knit top down, I could knit as long as there was yarn. I had less then a meter left after casting off. 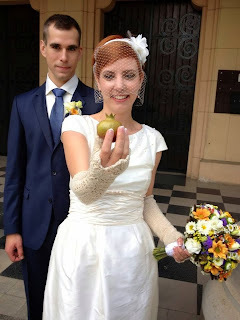 (Pictures curtesy of Luca Zemplényi. Have a happy and long life together!)
Posted by peony at 11:00 AM No comments:

In high-school I was the rebel student and she was the rebel teacher, so we took to each other, even though I hardly had any classes with her. What she thaught us however, stuck, so much that over the last couple of years, I did used many things she hammered into our heads about literature. In fact, that she is now teaching in there was one of the deciding factors which university I finally applied for. 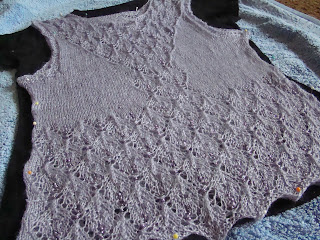 Though we hardly met for 25 years, we picked up easily where we left off, and when she mentioned that she would like to have something knitted, something light and lacy with beads, I thought, why not.
Now, if you know me, you would also know that I am a rather selfish knitter. I hardly knit for others, only in very special cases. But she is very special, and a lacy top is not that big of a thing, right? (Do NOT mention lace shawls for her!) 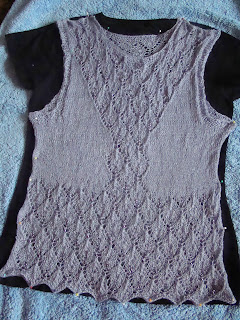 I sent her pictures of dozens of lacy sleeveless tops, then searched the every corner of the net for just the right yarn, then looking for the perfect beads, and set about knitting. And then presented it. And she could not wait to try it on. And it fit perfectly. And the smile on her face made it all worthwhile. 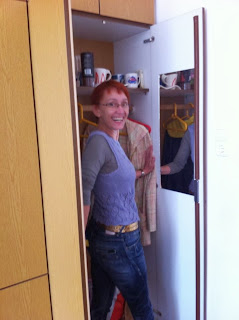 Pattern: Leafy Glen Shell
Yarn: Ice yarns, Silk, . I used about 60-70 gramms (only a little bit more than 2 balls, each ball is 25 gramms, Now this piece is LIGHT).
Beads: Toho 6 (from Igazgyöngy) 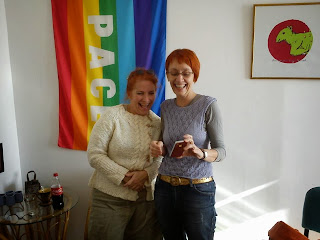 I was not prepared to take picture, didn't took a camera with me. But Larisa Kocic shot a couple with her phone)
Posted by peony at 9:39 PM 2 comments: