What is above the corded petticoat?

If I want to write just a short post I would say another petticoat. 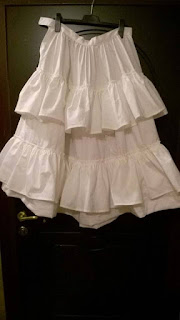 But since my posts are rather rare these days I will not try to get away with that little but I will show you the whole thing. 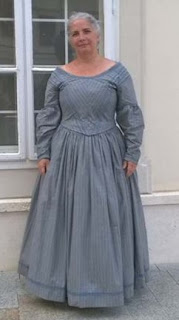 The truth is this was only another trial piece, with some faults. The fabric came from a store that sells cheap leftovers and factory rejects, and I got it specifically to test and try early victorian patterns. 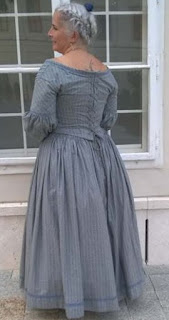 The dress, despite of its faults, ended up used in the Savaria Historical Festival (with the full under clothing)... 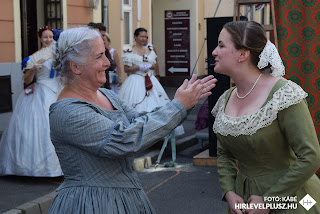 And here it is in live... (for non Hungarian speakers, we are arguing about what style of dress the girl should wear in her first ball, a traditional Hungarian or a modern western style--- fashion at those time could be rather political).

As I said I am not, by far satisfied with the end result, but luckily I have enough fabric to make at least two to for the skirt... and this is only the test fabric. So... to be continued.
Posted by peony at 10:15 AM No comments: