Another installments of my shoes and socks project 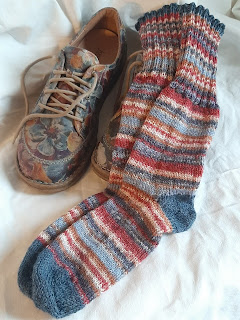 The yarn is some bit of leftover of an unidentified sockyarn, bought in a secondhand shop (where else), and supplemented some other bits of leftover, unidentified jeans blue sockyarn from my stash. 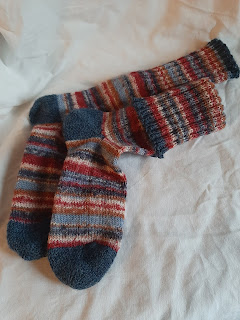 The socks are simple toe up socks, the amont of yarn deciding the lenth of the leg part. 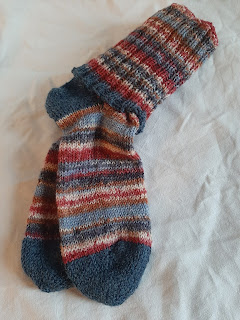 And, just because I will be asked: short row toes and heels.

And the shoes are from Josef Seibelt. 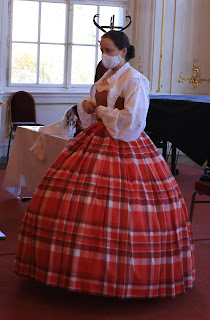 It is a very basic victorian skirt, a looong rectangle, with big double pleats at the waistline.
She will decorate it with fringes later. 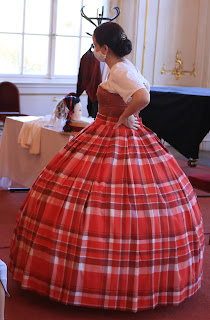 The bodice was made by someone else... 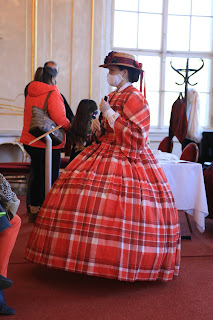 She wanted to wear it on our event in the Gödöllő Royal palace, but she fell ill, so another of our team, Dori jumped in, she is on the pictures... 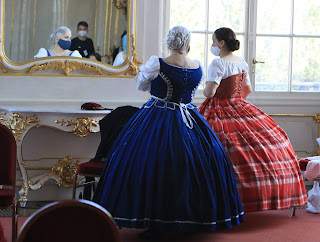 Photoes: Norbert Varga
Posted by peony at 10:00 AM No comments:

For the longest time I did not knit neckwarmers. I just did not see why they would work for me. Then a few years ago I incidentally (yeah, right) picked up a blue fair isle patterned...neckwarmer. I grew to like it, also, they turned out not only a nice accecory, but also a cool way to use uo some leftover sock-yarns. 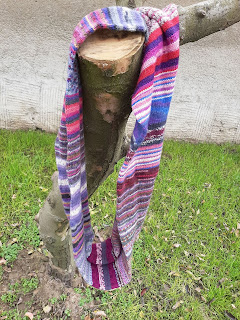 I already showed this rainbow colored one...Not long after that first one  I started to knit thisone, to which I selected purplish, pinkish colors intentionally. 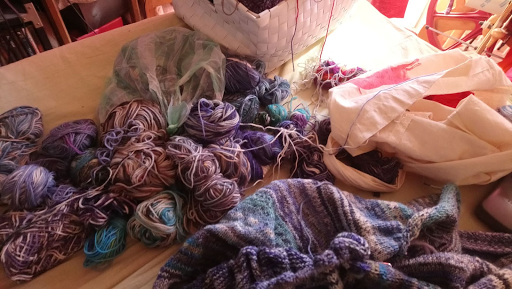 These are perfect to knit on the car, even late at night in the dark,  still it took a fair while to finish it. 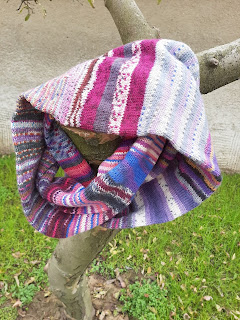 Mostly, because the first few months with N, though we drove quite a bit, I could not imagine let go of his hands for long. 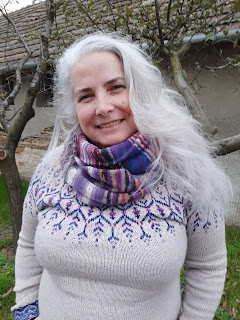 Then, when I finally believed he is not going anywhere, I picked up knitting again. 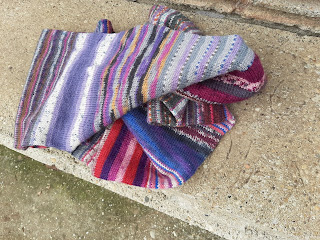 There is really nothing much to them, 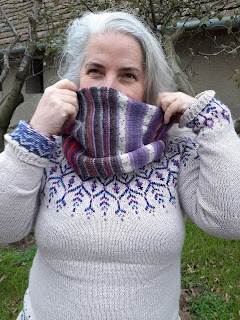 Just cast on like 90-120 stitches with a temporary cast on, and knit-knit-knit on the round. Whenever you run out of a yarn, just tie the next one and knit on, leve the knots and the yarn ends hanging inside.
When it is long enough (I keep comparing these to that first commercially made one), open up the temporary cast on, and put the stitches on another needle, and kitchener th etwo ends together, I took care that the the tube should not twist, but I can imagine half a twist would give it a mobeius effect. Or not. 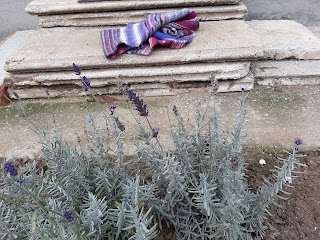 Yarns are really just all kinds of bits and pieces of leftover yarn.
P.s: Because I was asked: there are about 240-260 gramms of yarns in these neckwarmers and they are 140-145 cm long.
Posted by peony at 7:30 AM No comments:

I've known Ági, who dreamt up the Weaving workshop named Like a Squirrel (referencing an old song, and playing with words like "pattern" in hungarian). We've grew up in the same city, though only met later in yarny, knitting/spinning circles. I feel lucky to be in the first few people who could try out her workshop.
For a long time I had the thought of making some histporical clothing item from handwoven material, I even had a weak attempt of it, which at the end I cannot cut up
Anyway, it stuck in my mind that one of the looms was threaded to a twill pattern, though Ági wanted to rethread it, because the "crowd" (most of those who wanted to weave there) would preferred a real 4 shaft pattern, so I pushed aside everrything else, and begged Ági to let me weave a few meters
I went through the yarns I have for weaving, and though I do have an ample stash for weaving (too), but most of it for a scarf worth of amounts.... I went to Rita then, and after careful negotiations I was the proud owner of 330 gramms of 2 ply linen.
From there there was only weaving to do... 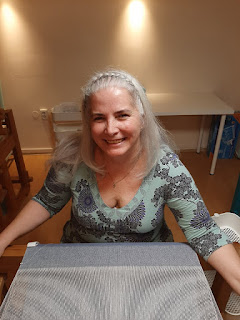 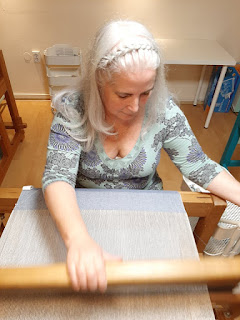 The linen yarn was a bit uneven, here and there.. not real knots, but the fluff stuck together making it thocker at some places, therefore the resulting fabric is kind of rustic. 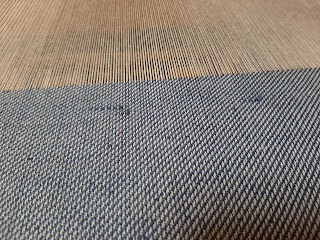 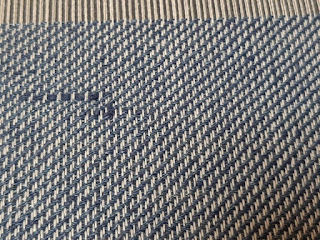 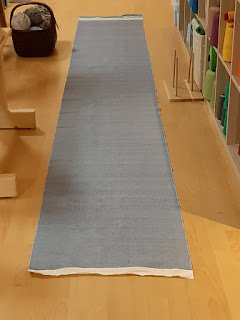 The edges are surprisingly even, but I have no idea that is because of the twill weave or the linen yarn.... 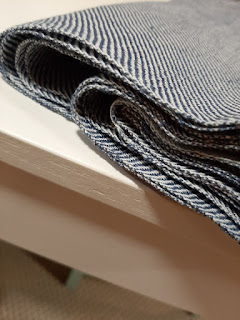 I will be making a jacket (waistcoat? Doublet?) for my17th century wardrobe, most probably I will embroider it, so, don't hold your breath, it will be a long time project. 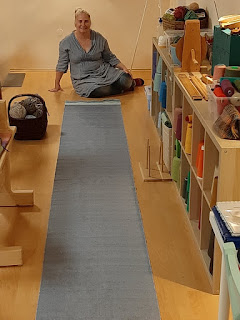 So I had all knids of plans for a post, including a rather large piece of handwoven fabric, a pink striped cardigan, a red plaid skirt, some socks and who know what else, but I had only two words left for the day, a'la Gerald of Rivia. 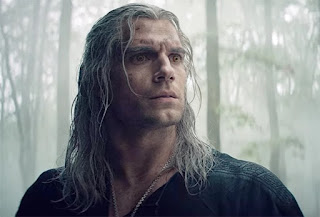