While I get my shi.. umm, act together to write up the posts on my adventures with pattern for my regency dress I though I might just entertain you with some spinning...Once upon a time spinning posts were more or less regular here, just as were knitting posts... and then both became seldom, in fact they became endangered species...but now it seems the Sleeping Beauty has woken up...and not only sewing that is commencing between the walls of my craft room  flat...
There is some spinning going on too.... among others, I dug out some batts I carded literally ages ago... I really mean ages... So many things happened since... it was before I met N... before I started reenacting...before I grew out my silver hair... before I even started University...for god sake I carded these batts before I even had my spinning wheel...
Back then, in February 2011 I wrote this about it:

"After this I was metodically preparing for the next time. I dyed a 8-900 gramms of merino with Colombus to indigo blue. About the same amount of alpacca with Kool Aid. The result was lighter than I expected, I think it could be called "Aqua". 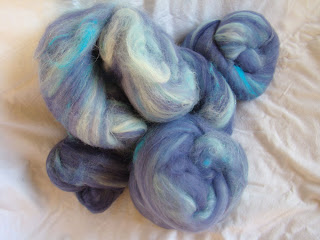 And then added some really bright turqoise angora, and some blue angelina, just to have a bit shine. 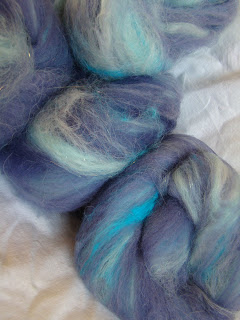 The batts spent years and years in the drawer of my Ikea bed... as I started to spin again a few weeks ago, I started spinning up tweedy batts I got from Adrienn over the years on various Woolday events... Then I felt I am ready for more commitment, submerged in the wonders of said Ikea drawers wher I keep a bunch of spinning stuff... I see that the 8-900 gramms would be wast overstatement, I messed that up with a 0. 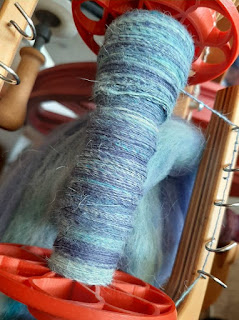 Since the batts have soft merino, alpaca AND angora they are very soft... 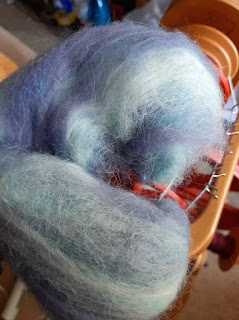 I am curious, how they will look after plying... 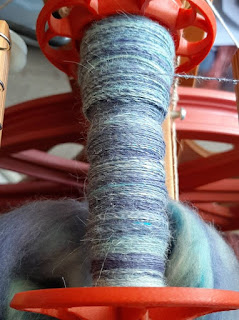 I already mentioned, that any historical ensemble the foundation is very important. The dress can look as beautiful as wever, if the boobs are not at the place, the butts are not the size, the waist is not the circumference as the fashion of the era demands, it will just hang off from us. (Like underpants on a cow - as we say in Hungarian. Not only dressing,. but making the dress should start at the foundations. Unless we already have the foundations.
About one and half years ago, before the ball at the beginning of the summer I already made these stuff. I made not one but two sets of chemise and drawers (having no pants us not such a big error, they started to become known again around this time, I wear them mostly for comfort reasosns). And if I have to have them, they can be pretty HA. I have shown them HERE.

I aso made a pair of stays. Yes I know, many thinks that clothes of this period were lighter and looser, they even threw away their stays, but that is not true. Its main task, and its shape changed, In this era, the emphasis was not on thinnes, and pulling in the waistline was the main goal, but pushing up the boobs. 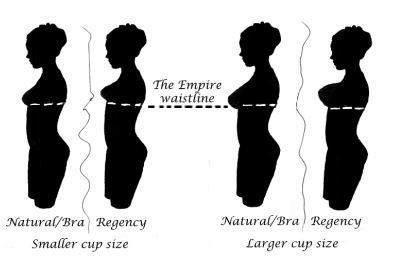 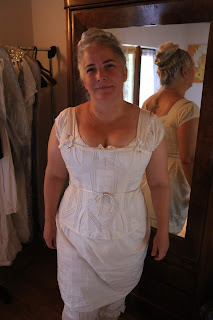 I also made a bodiced petticoat of which the upper part should smooth the lines of the stays, and the skirt, which being a skirt should hold out the dress' skirt, so I even sewn a line of cord in it. 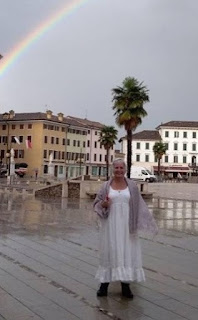 Since I already had these item, I could start direcctly with the dress.
Until next time :-)

The season slowly ends, and as hopeless it seems to catch up with the event we did, there is hope (especially if you are all bored out of your heads with these pictures).
The Historic Festival of Szombathely is a yearly event. Two years ago we went with a 19th century theme, crinolines and the early victorian stuff, last year it was head to toe renaissance, this year (kind of in preparation of a later event) it was the Napoleonic, the regency era. Yes, exactly, I hoped to do that flowery dress by this event, but it wasn't happening, I used the stuff I already had, from last year's ball. 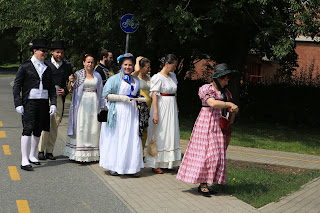 I did took apart the white (actually there are tiny pink dots on it, but that can only be seen from close up) dress and corrected the bodice that kept falling of from my shoulders. 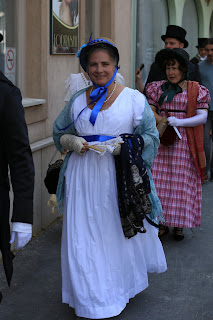 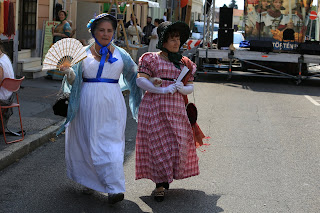 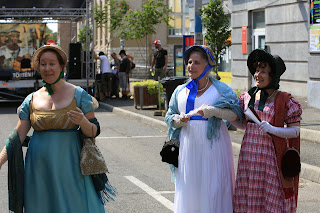 Since the overdress I use for the ballgown was based on the same self drafted pattern, it had the same trouble.. however, this overdress is sewn up... really good, with details that would make taking it apart a real pain in the backside. I did some fixing, but it is still slipping off teh shoulders... Probably I will make a new one sometimes. 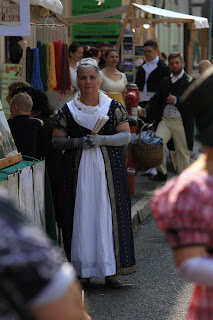 There are a bunch of pictures on the Facebook Page of Mare Temporis, here I tried to pick those that are not up there. 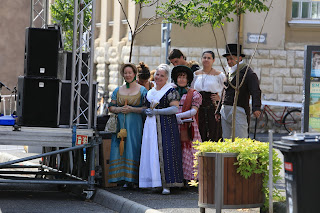 We did put up a play with scenes and dancing, and done it twice... 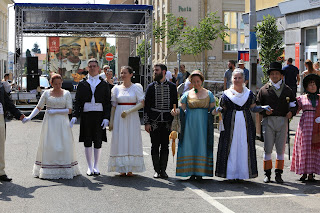 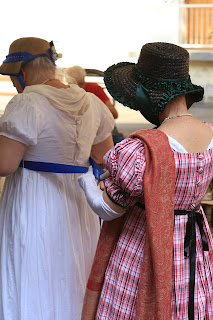 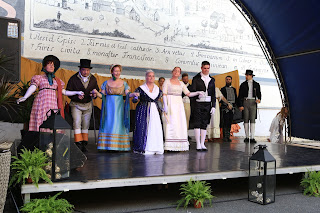 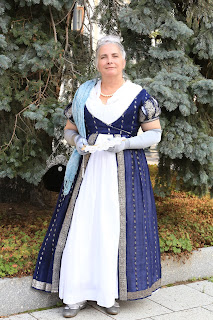 Where else can you admire a roman god, but at a historic festival? 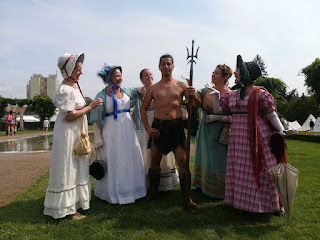 Photos: Norbert Varga, the last picture by Andrea Lőrincz.
Posted by peony at 1:20 PM No comments: