Oh well, I kind of lost track.. or not really, things just got a bit thick and tricky all of a sudden... or not so sudden... anyhow, just as I was kind of moaning to myself about how I am going to run out of things to post, work, things to sew, concerts and events started to happen all the same time... which is actually quite exciting, I love to juggle scedules, and trying to make everything fit into the 24 hours in a day, but sometimes some things just must go... or left for a later time.

Anyhow... to the topic of the day... In our event a in Balatonlelle I had to face the fact that, no matter how much I love it... 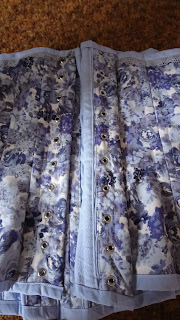 ...the corset I made in 2018 cannot be used anymore. I made a mistake of trying to close the cut edge of the steel boning with insulating tape, and no matter what that sharp cut edge cut through not only the tape, but the fabric, and digging into my sides somewhere. I've tried to fix it, replaced the tape, sewn in the holes, but the boning kept coming in. Besides, I needed something white to wear with the white blouses I use with the Edwardian wardrobe, so a new corset was in order.

I still do not feel up to having an edwardian S bend corset, so I decided a "generic" mid victorian would do, so I can use it from early victorian to late victorian, early edwardian.

Used the pattern I bought last year from Redthreaded, and enlisted the help of my friend, Tilda for the fitting. when the mock up was done, changes were noted, and I drew up the new pattern, and from there I was on my own with the sewing.

Metal busks always seemed a mistery to me... This was not the first time I did them (I just realized I never posted about the wedding gown and all that went under that- so a new post-idea, hurray), and practice does make you- if not perfect, but definetly better 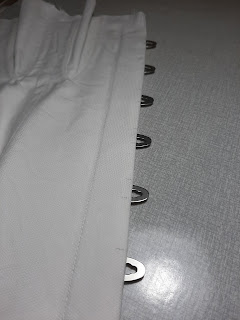 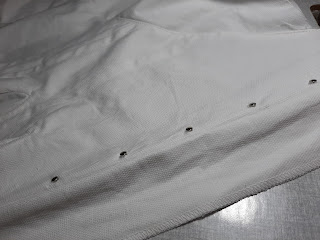 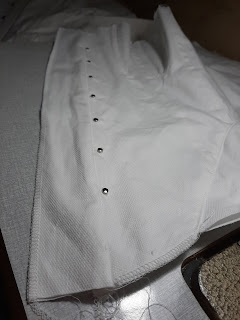 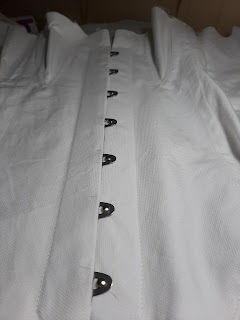 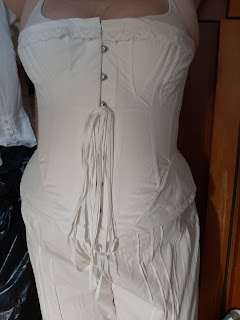 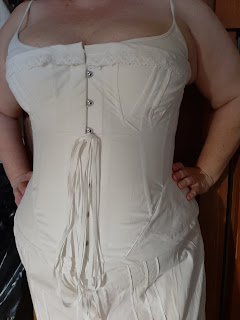 There are a few stuff I am actually satisfied with, and a few things I will change the next time. 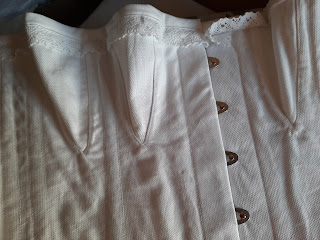 I do like the set in gussets for bust, even though I had to make them shorter than it was on the original pattern. 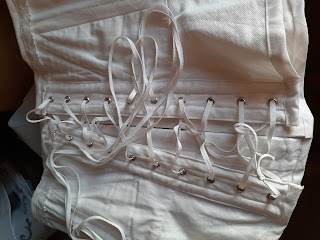 I quite like the back lacing, the insers at the waist. 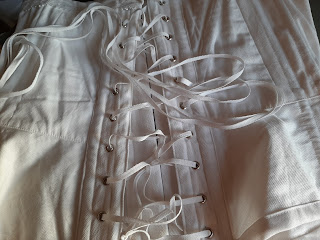 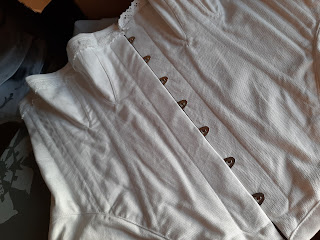 What I would change is taking out a cm or two from the waits, I feel it is too long... I might have admit I am rather short waisted, ad I always feel the waist of commercial pants are way to high, I often end up turning down the elasticated waist of some pants I use, and I often need to cut off a few cm-s from the waistline of some commercial patterns. 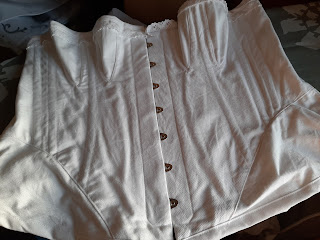 I might add a cm to the circumference at the waist (I did take out some from the original pattern to have enough space for lacing, ) just to straighten the lacing line out. 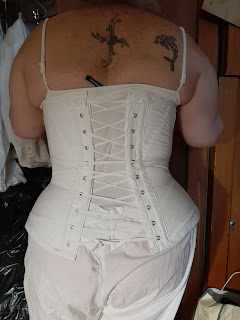 Otherwise I think it was a fairly good attempt. 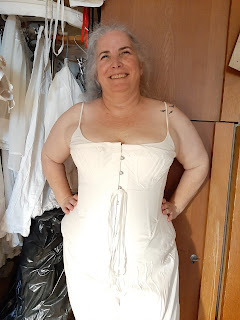