Our group was part of the Győr Baroque wedding for many times, this year for me was the third time.
Onc again the event in the middle of August itself has mixed rewies and for reason (while it could be really good, historically accurate with a little more focus, energie, maybe money)... However, our group went there with our introduction of early 17th century life, and I believe that was as historically accurate as possible and enjoyable as well as it pribably thaught something to those twho stopped by us. 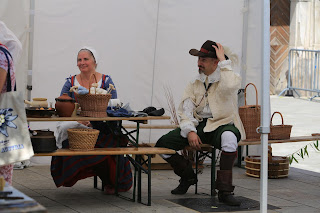 We had muskateers, the camp doctor and his wife, kitchen wonders and some handcrafts. 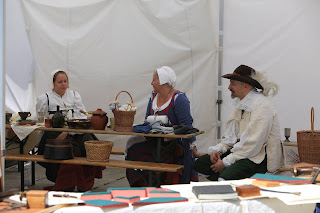 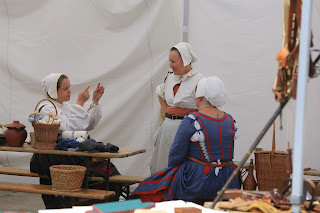 Muskateers and swordfighting on the place.. 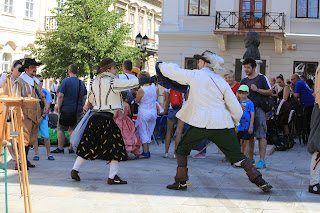 A lost time traveller on a quiet street.. 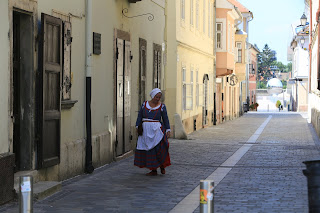 "Spontaneious" fighting on the street... 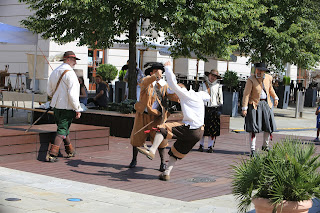 Teaching how to do magic (khmm... spinning) to little girls... she was adorable and duly enchanted by the magic of spinning. 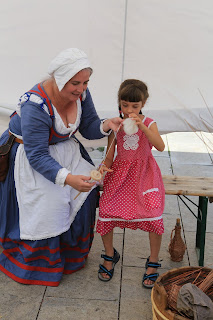 And we showed what was used in 17th century kitchens,,, and what was not. 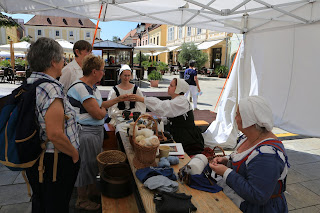 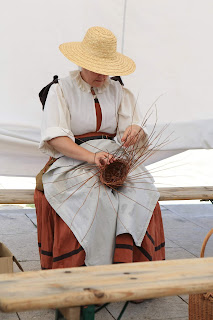 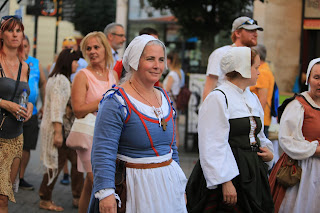 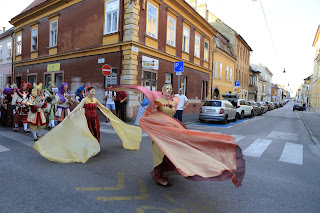 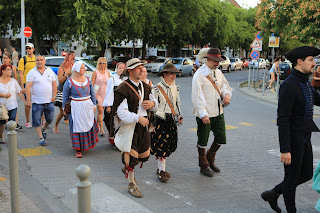