The "new year good luck sweater" tradition was introduced by my friend, Angela. Since I long observe the "the first day(s) of the day, do what you want to do a lot during the coming day" tradition, and knitting IS one of those things I actually WANT to do a lot of, I joined the tradition and the third year ina  row, I've started a new garment the first thing after midnight. Also, this is the second time -out of the three- that the sweater I am starting is red one, and chinese people say red brings god luck, I see a new point of thr tradition unfurling... 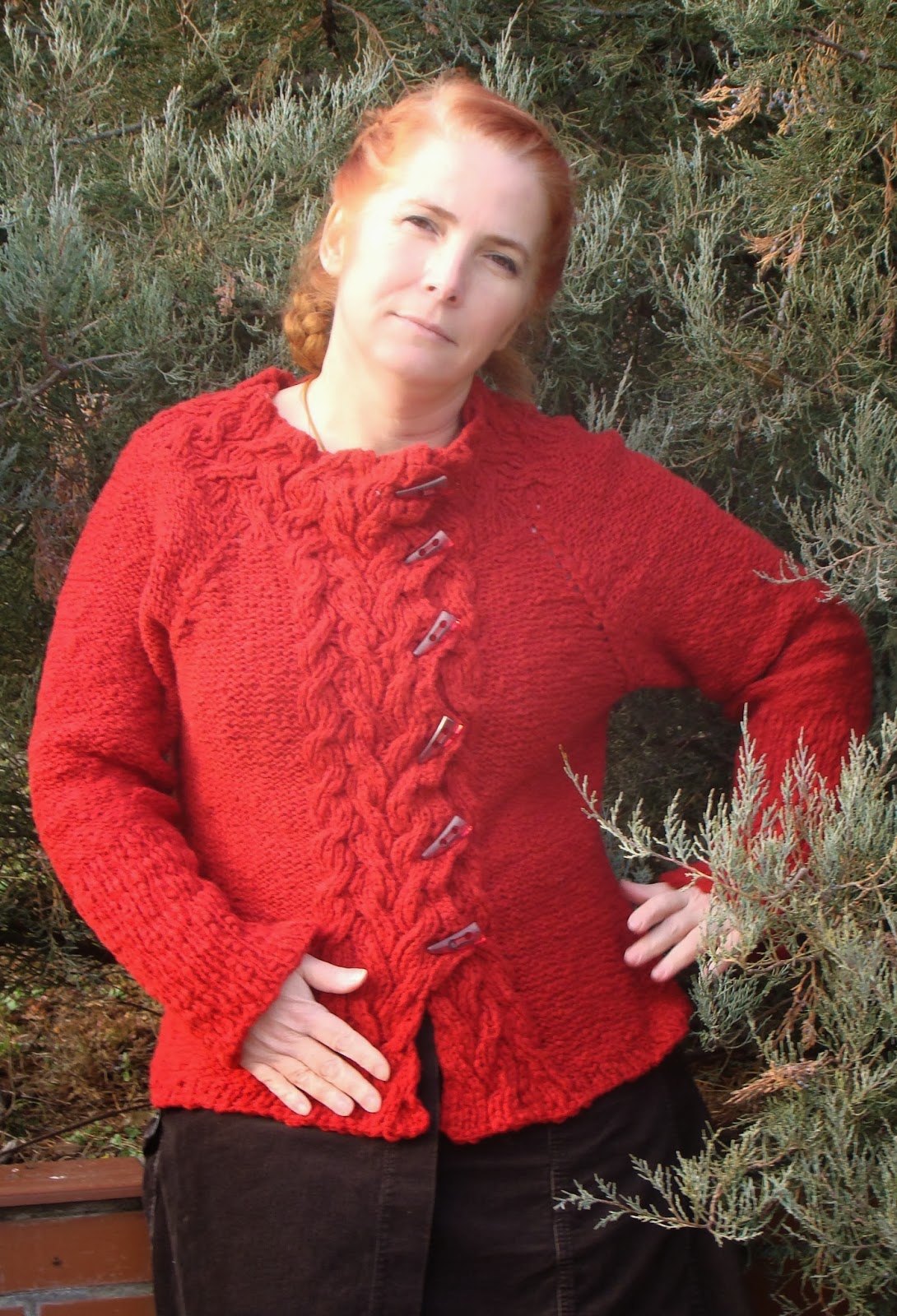 My knitting frinds on facebook organized a cardigan Knit Along. The original goal is teh Golden Wheat, but any cardigan is accepted. After a long search, discussion and deliberation, i returned to one of my absolute favorite patterns, to Rosamund's cardigan. 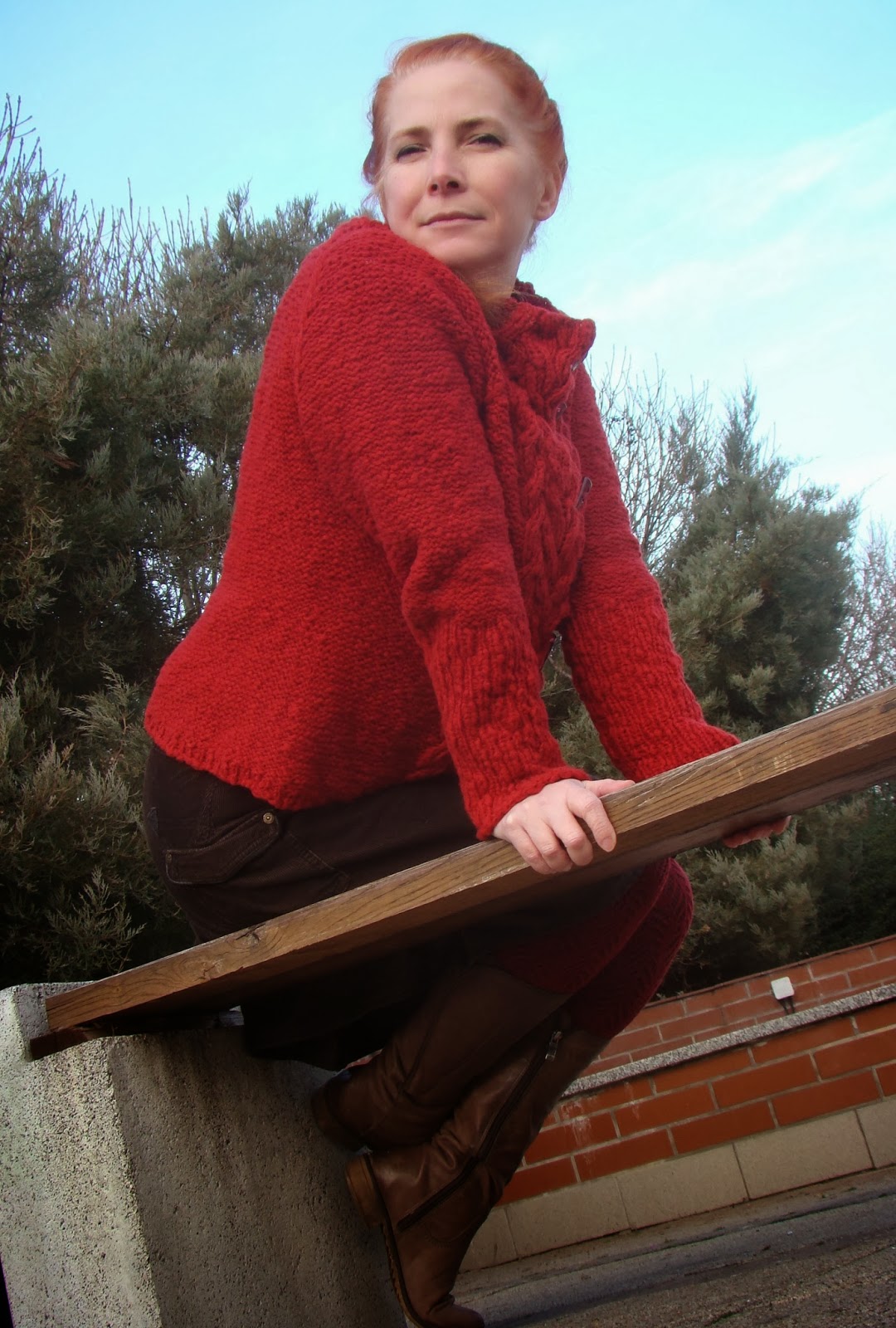 I've already knitted this many times over, this time it is a symmetric, long sleeved version. 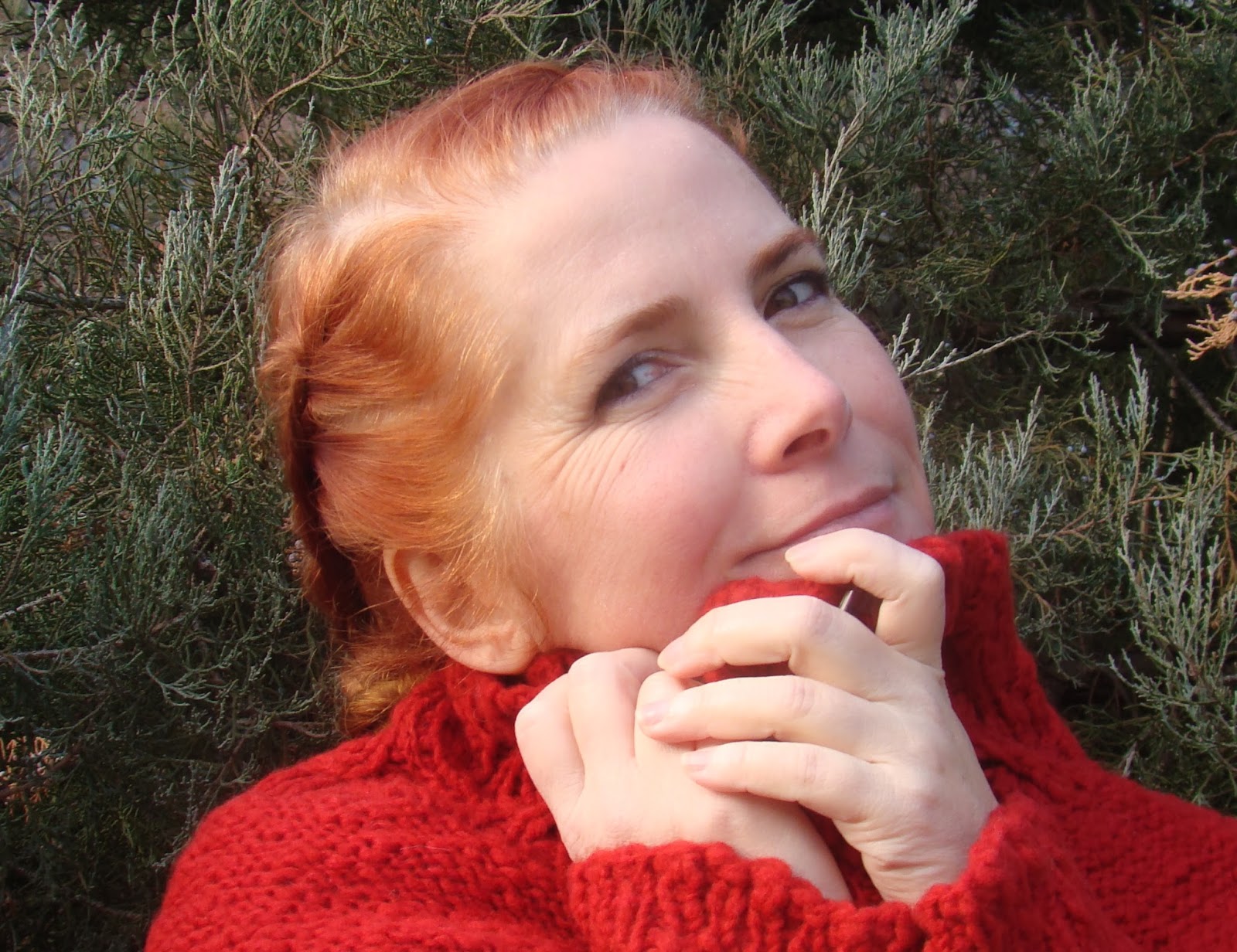 An other facebook knitting group I joined is aimed at stashdiet.Everybody can put up her own rules. I long ago gave up on feeling guilty about my stash, or considering seriously downsizing it, so my rule is not to promise anything, but I will adhere to that very closely. I will try to use more than I bring home, however. On the other hand, about this time last year I took out six sweater's worth of yarn, and it didn't even show in the boxes, so the chance that even if I knit exclusively from my existing stash having any visible effect is pretty slim. 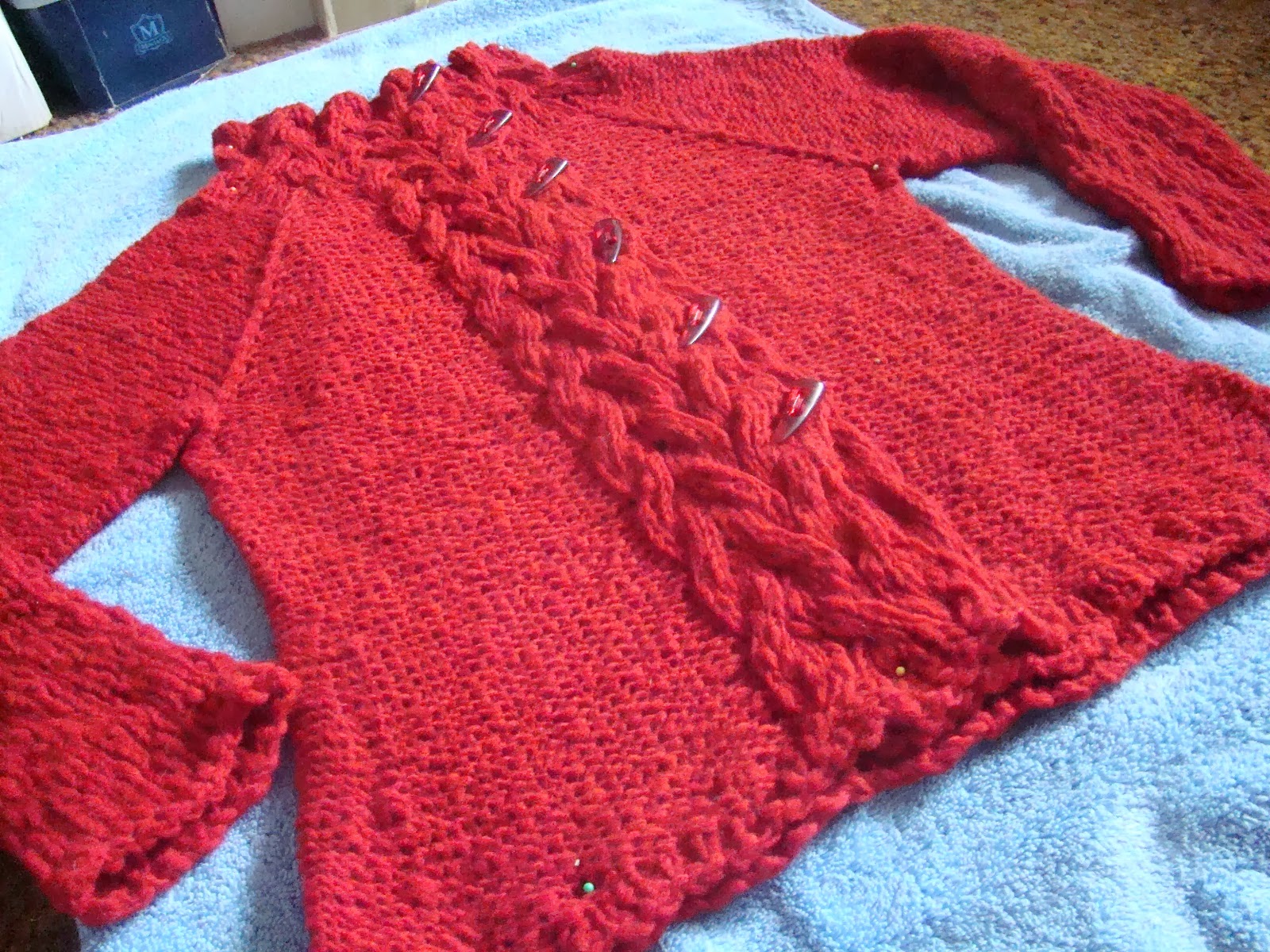 I bought this yarn about two years ago on a sale. (And yes, I already knitted the same pattern from its white version). It has 80% wool, and it is very light, a whole long sleeved sweater was knitted out of 400 gramms.
In addition it could be knit up on -for me unusually big- 4.5 mm needles, so it also works up really fast. 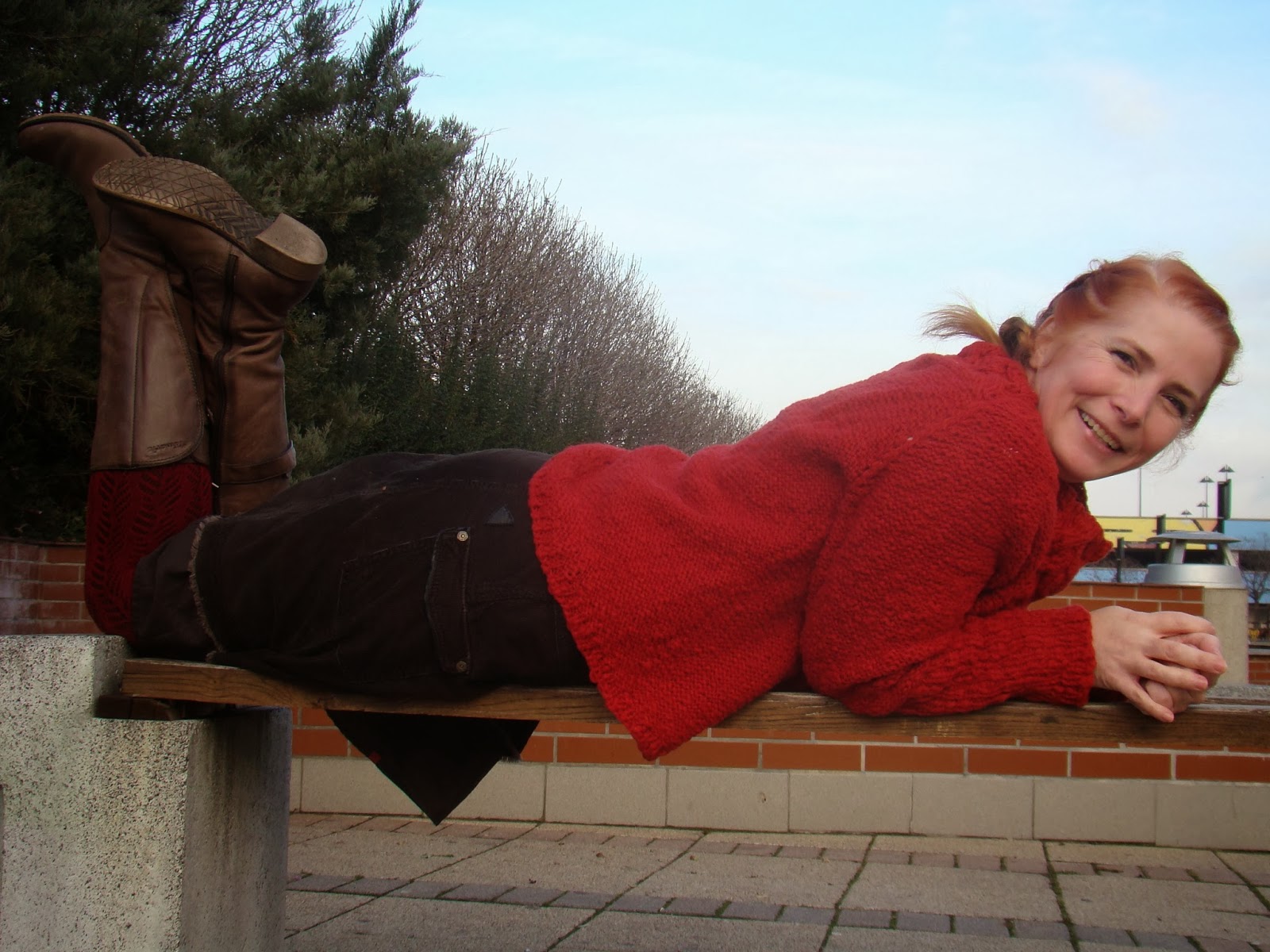 Photos as usual done by Christopher Laurent Deli, and one does not argue with the camera-guy, even if he says lie down the bench, however silly it sounds.... especially if he is one's own son.
Posted by peony at 3:30 PM

Happy New Year! Beautiful sweater! I like your tradition of starting a new sweater just after midnight, but I could never do that because I can't stay wake that long! I hope 2014 brings you many joyous things, and that it is an easier year than 2013.