It all started with this HandM cardigan.. I loved it in the store, it was pretty, it was comfy, and I just fell for it...but at the same time it was rather expensive and it was made from a yarn that is mostly manmade.. 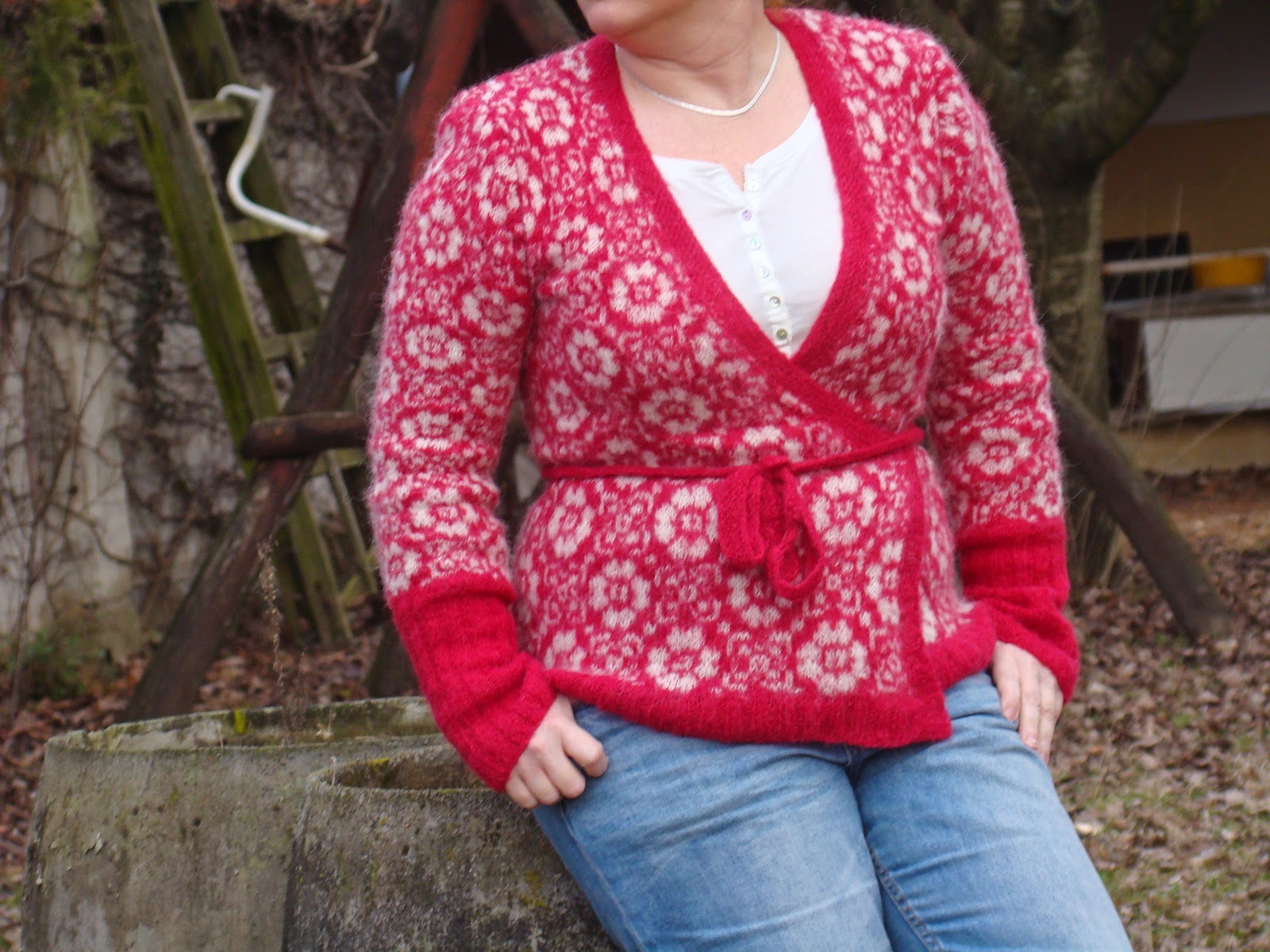 But it gave me an idea...I loved how the thin, but hairy mohair-y yarn worked with the fair isle patterning resulting in a light, but warm sweater. It was also about that time, when the thought of an all over patterned fairisle sweater made itself feel right at home in my mind... 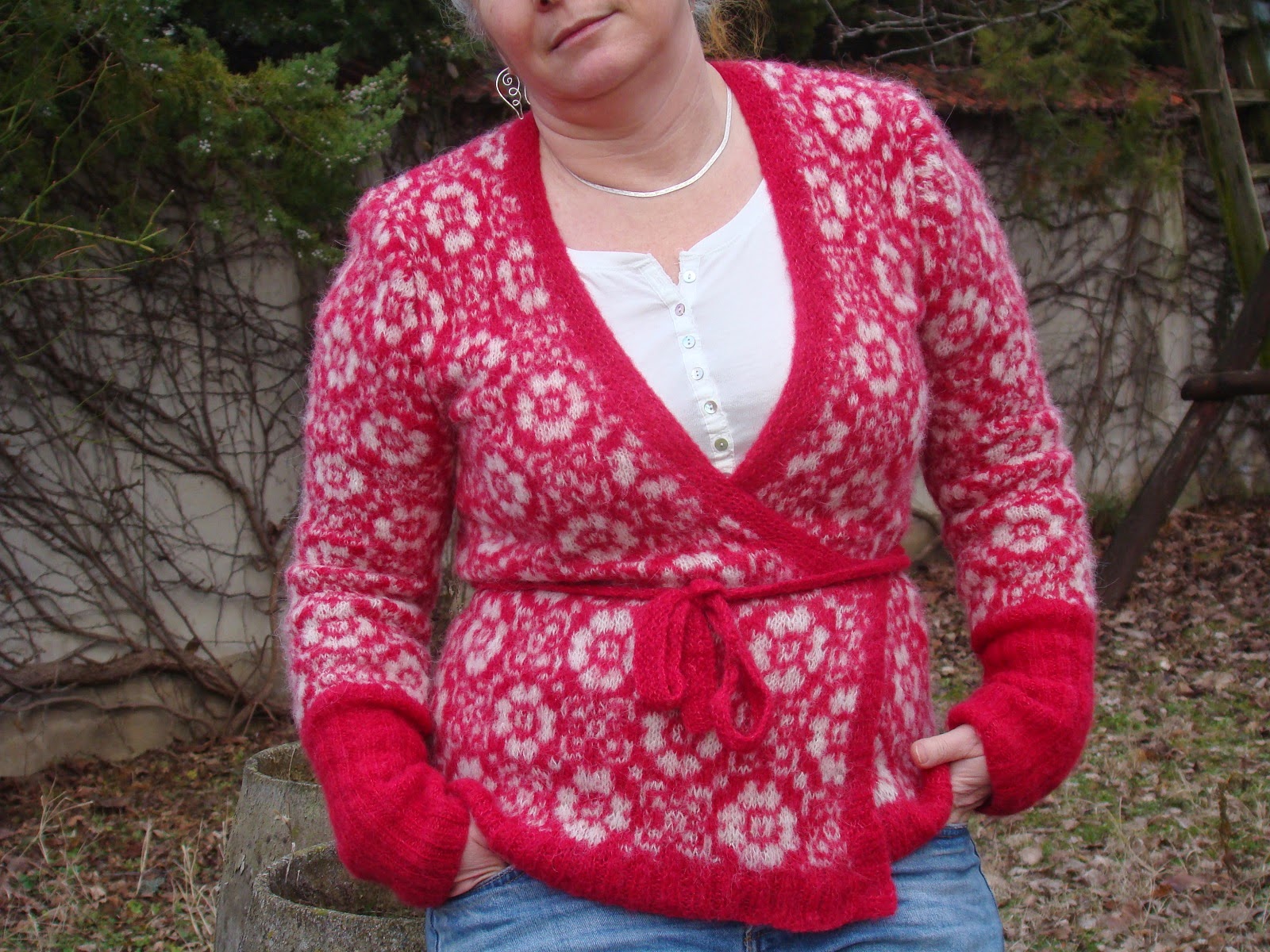 And it was also the time, when DROPS had its annual Alpaca Party, where all of their alpaca yarn is on sale, including the brushed alpaca silk, which suited the idea I had perfectly. 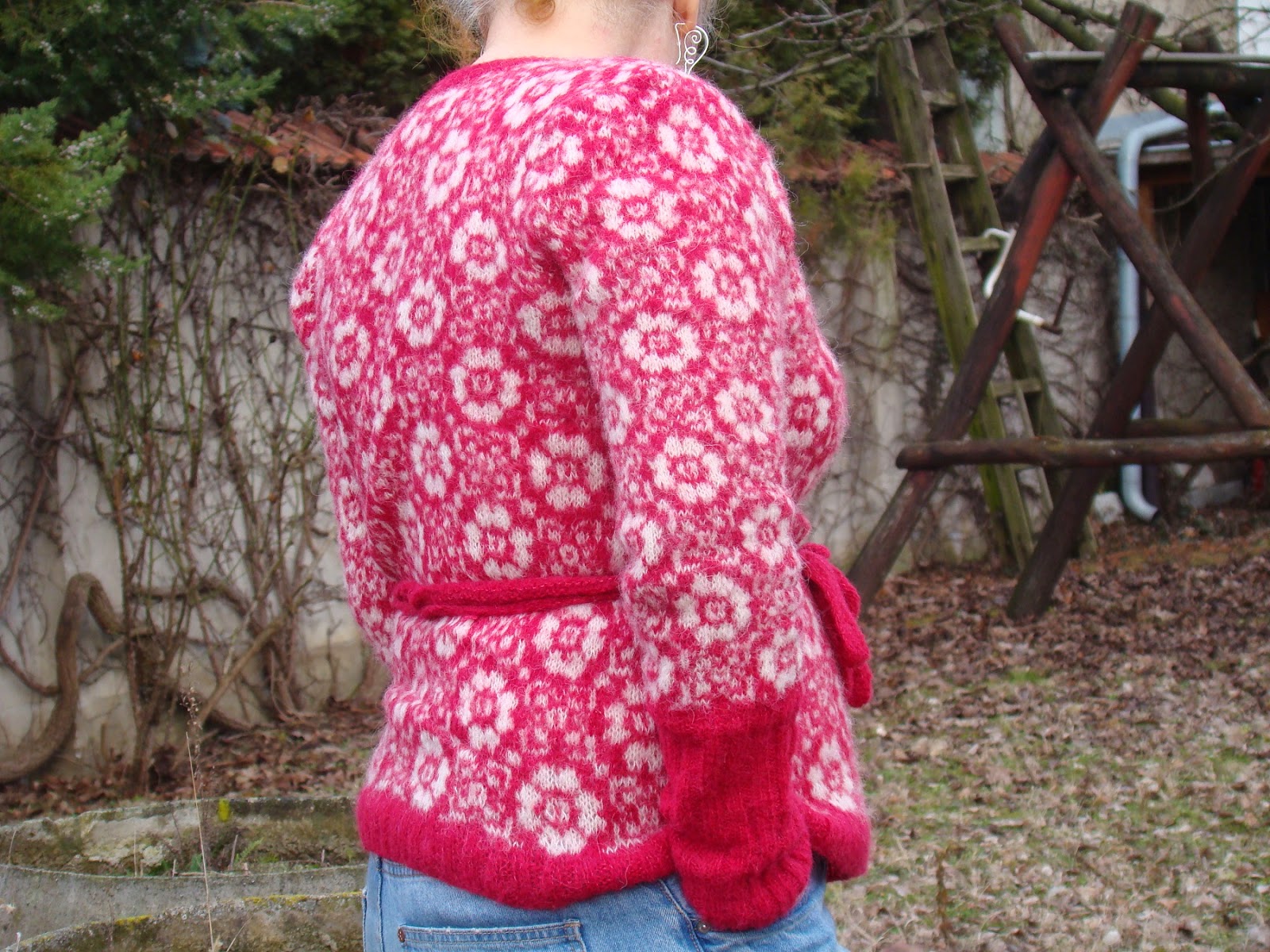 I did not had a pattern, only used the chart of an older  DROPS sock pattern, the rest I made up as I went along... I loved knitting the fair isle, and even knitting it back and forth, and floowing the pattern on the purl side didn't bother me.I enjoyed knitting it, so much that I forgot to put an opening for the belt, but as a friend said, what is it for me to cut up a sweater...and this was only a stitch or two. 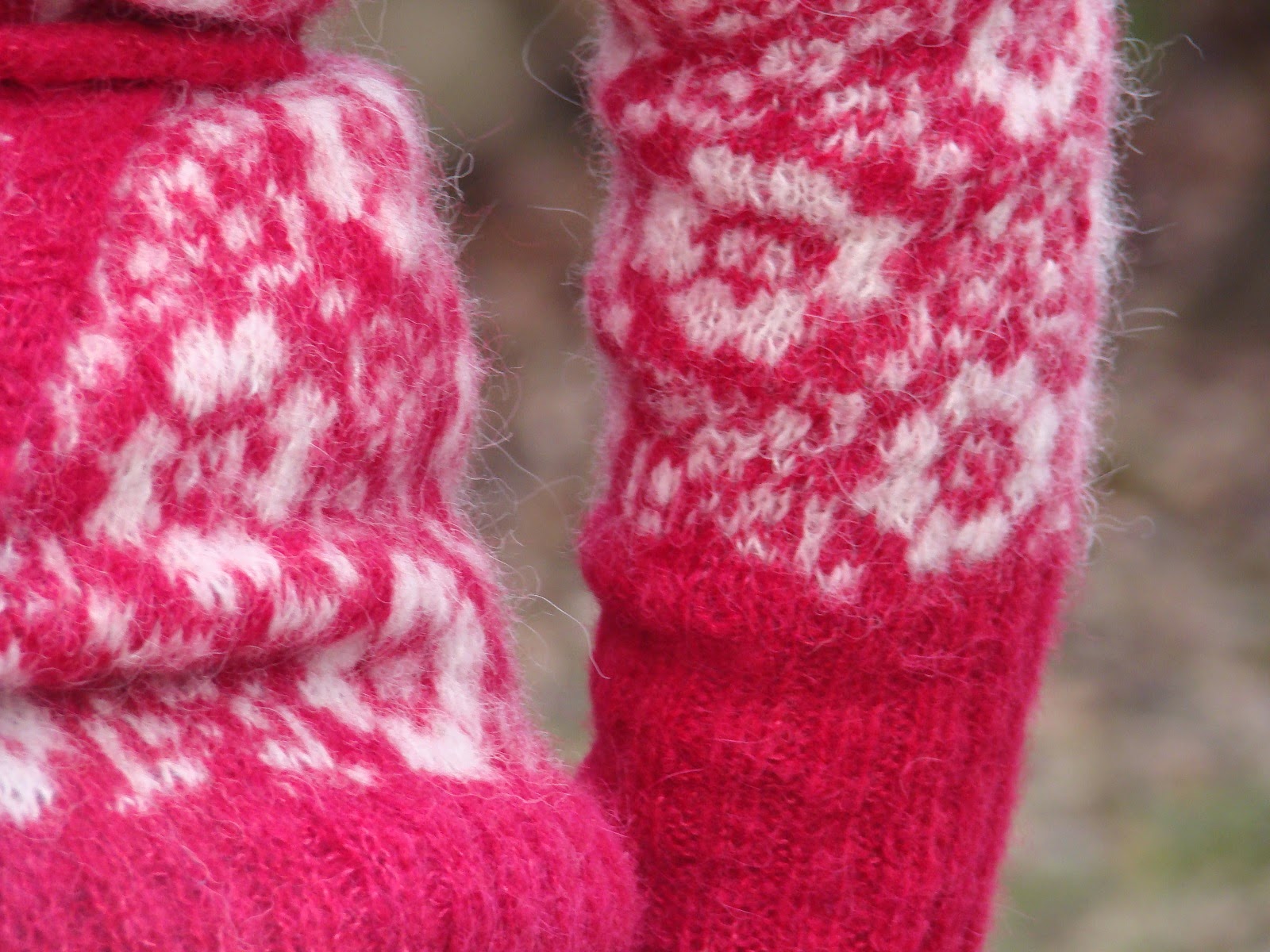 I knitted the body in one piece until teh sleeve, then in parts to make up the armhole. The shoulders were sewn together, then the sleeves knitted on the round until the armhole, then bavk-and forth, but set in and sewed in as a traditional set in sleeve. Picked up and knitted a small ribbed border at the front edges, and then picked up the neck edges and added acouple of hundred stitches for the tie. 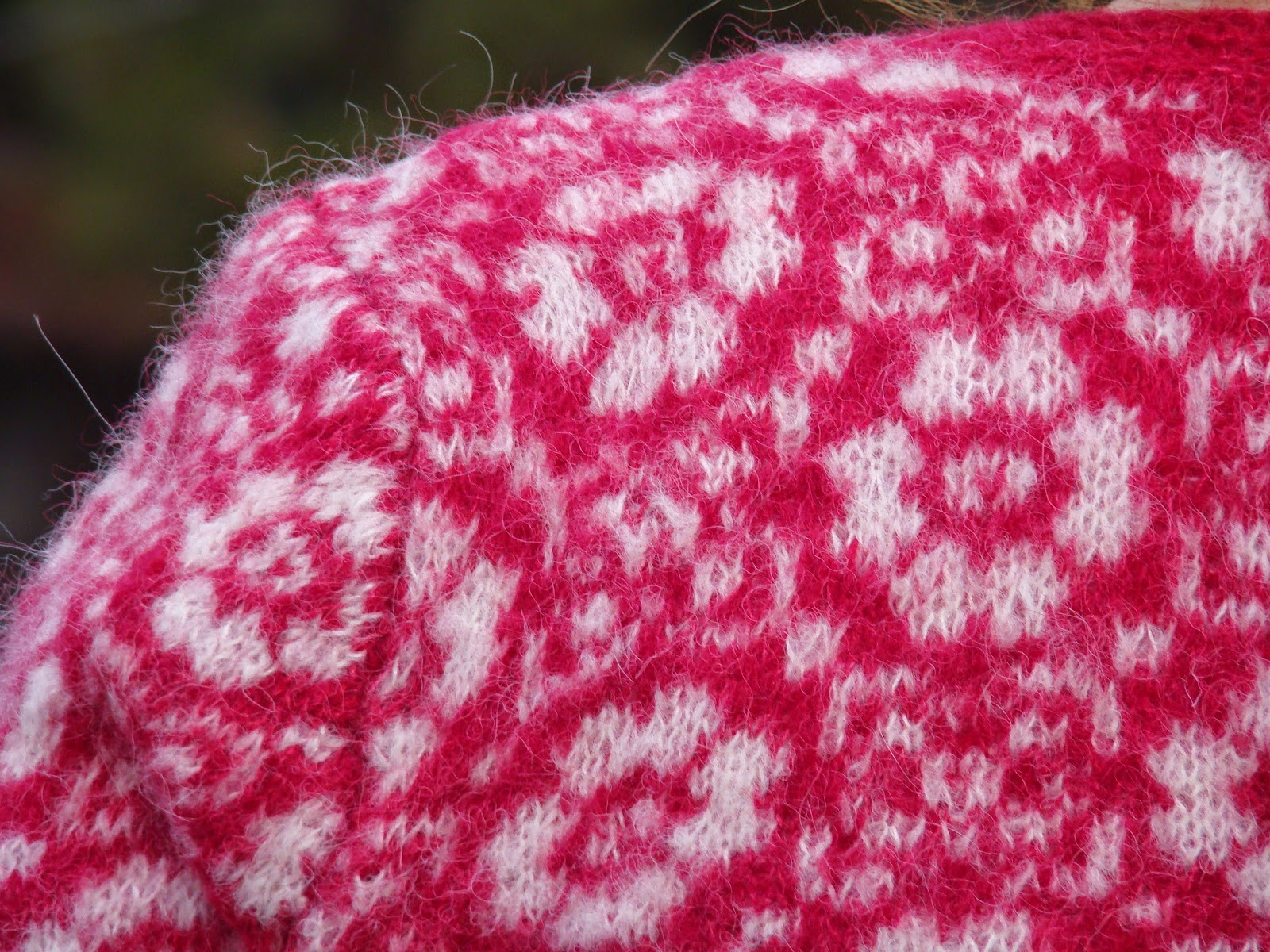 If I would start this again, there are some things I would change, but all in all, I think its not bad, especially without a pattern, 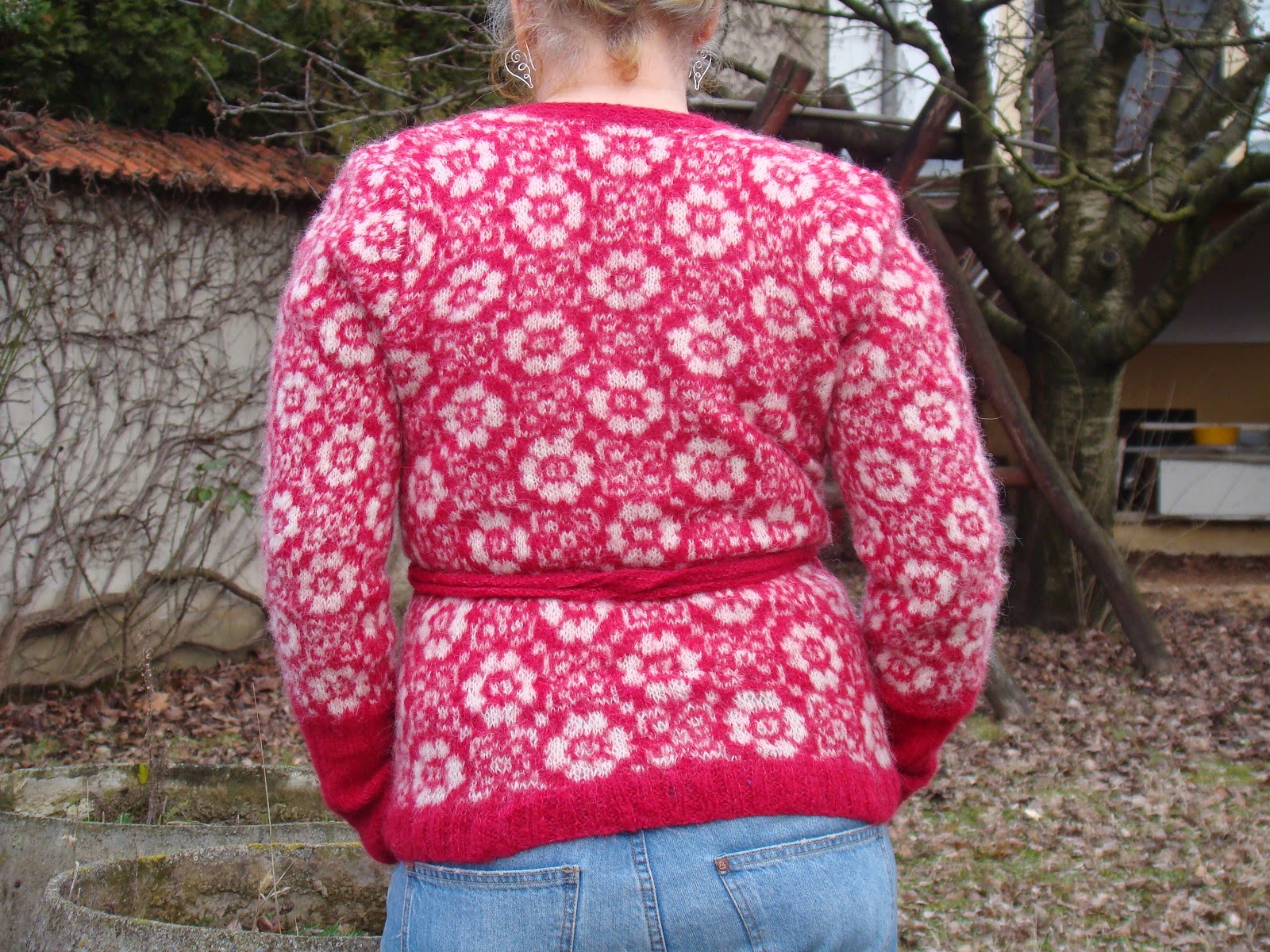 Wow! You have done amazing work!