I left my mark in Szeged (the city of my University)... at least in the form of a few knitted/crocheted item 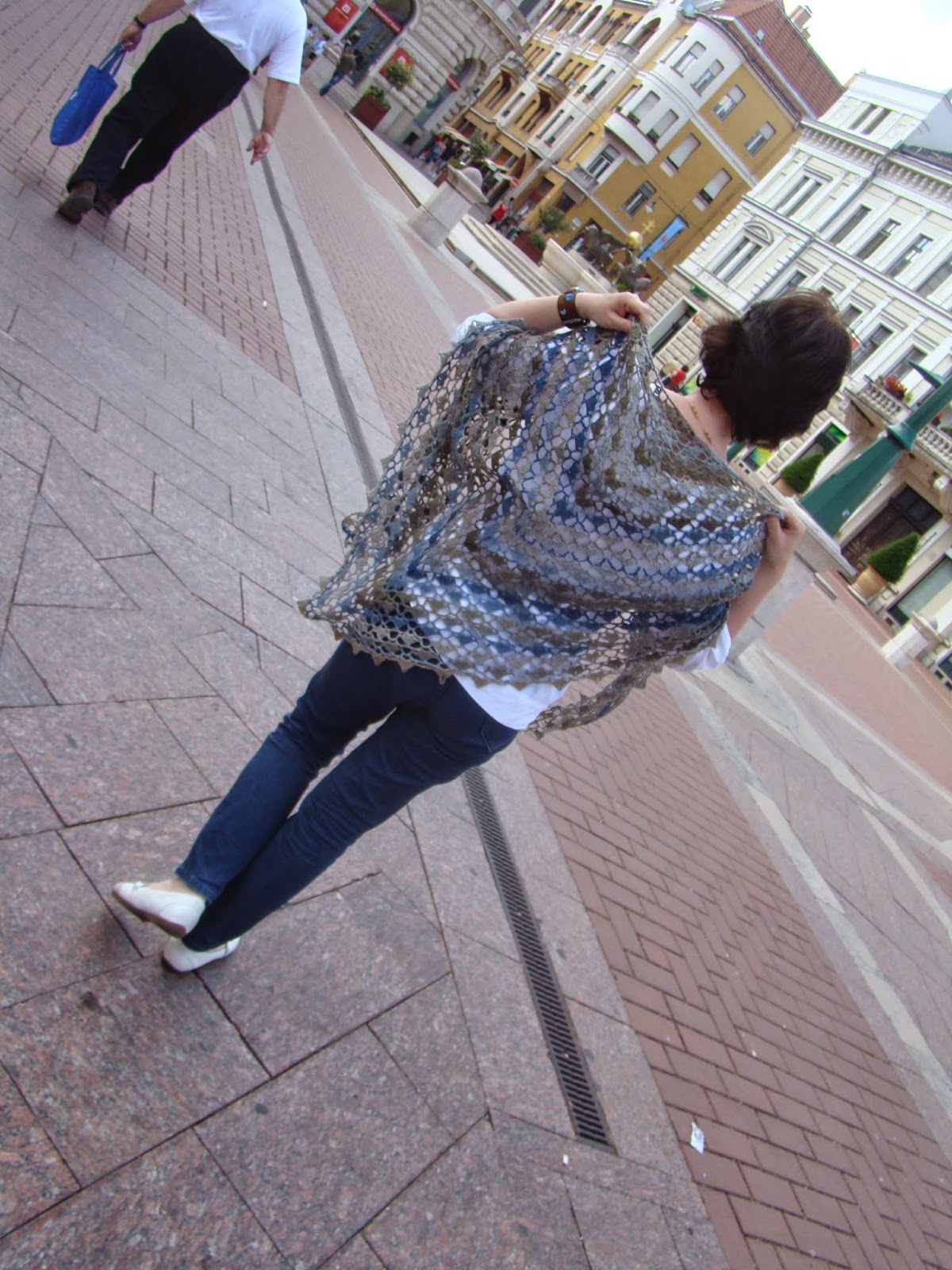 One of the things I loved about goint to the university was that there more than the average rate of people liked me and accepted me for who I am. One of these was a teacher of mine, whose topic was definetly NOT my favorite... I usualy tell he story as a joke how I stood up from my very first linguistic class with noting "well, one thing I know for sure already... do not want to be a linguist". Despite of that with all the teacers who thaught me in that field I managed to build a good relationship. With Krisztina, after it became pretty sure I will not have a class with her again, an almost friendship like of something is building...
I crocheted this shawl for her. 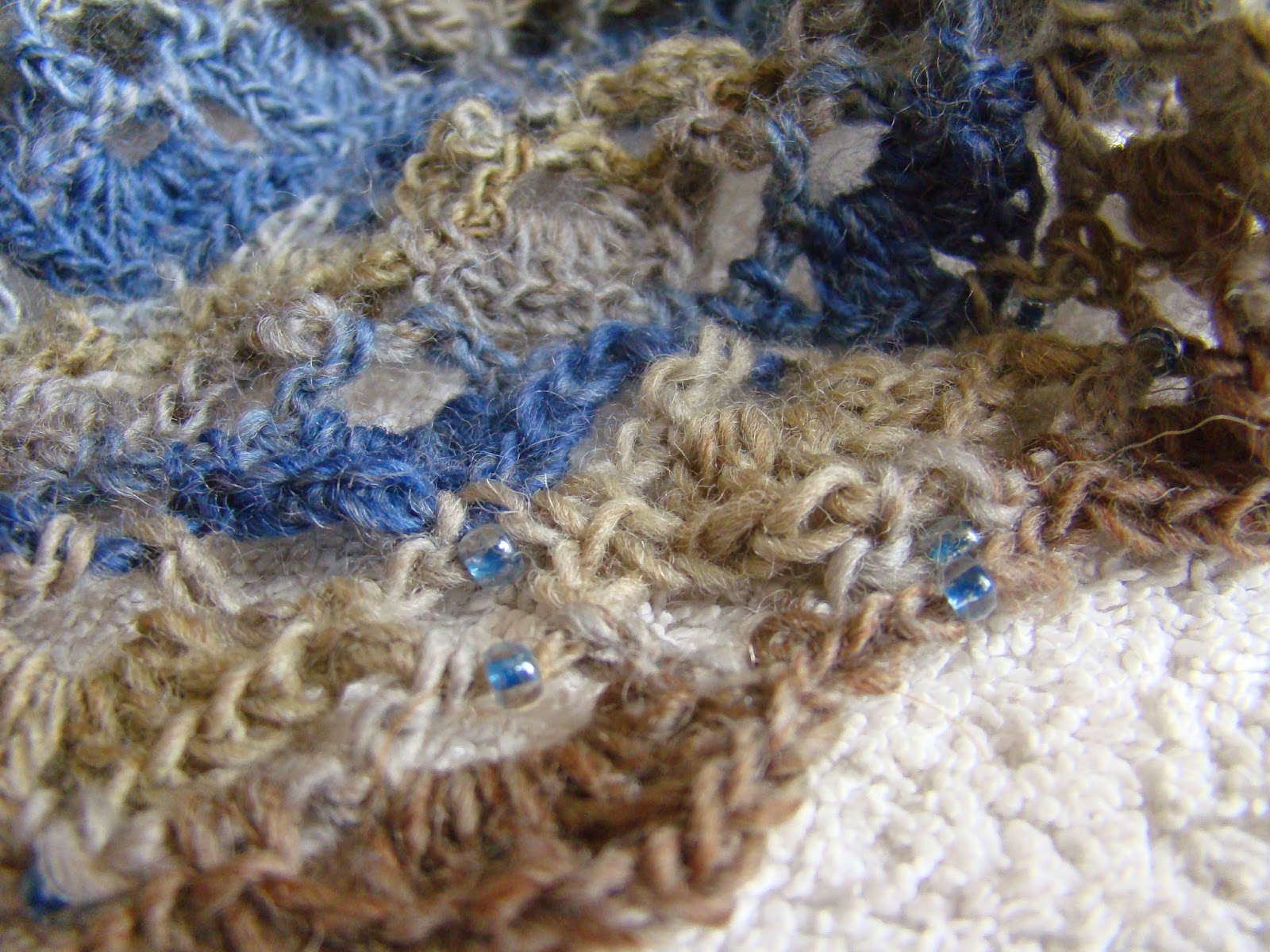 I could not left out the beads, now could I? 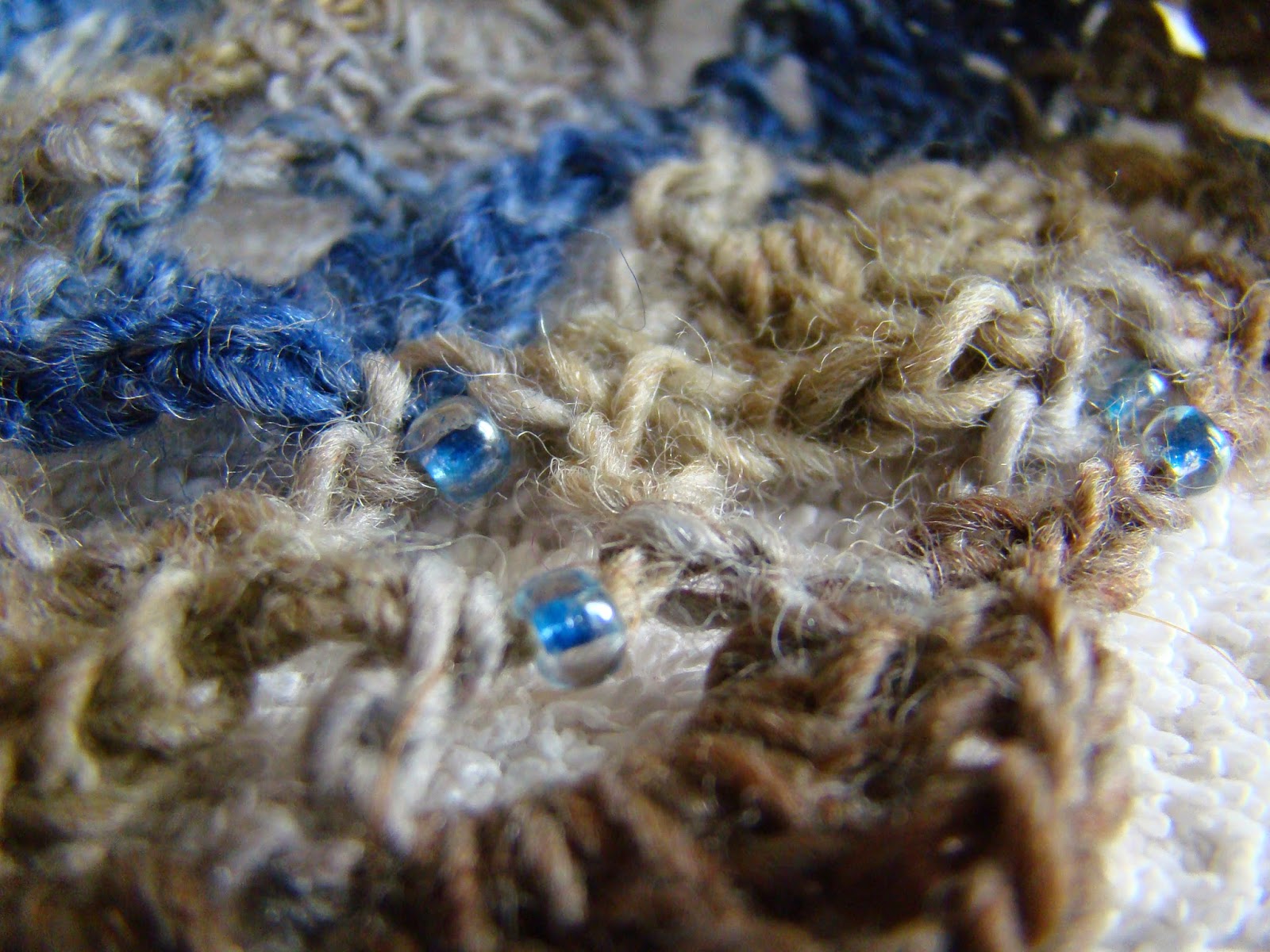 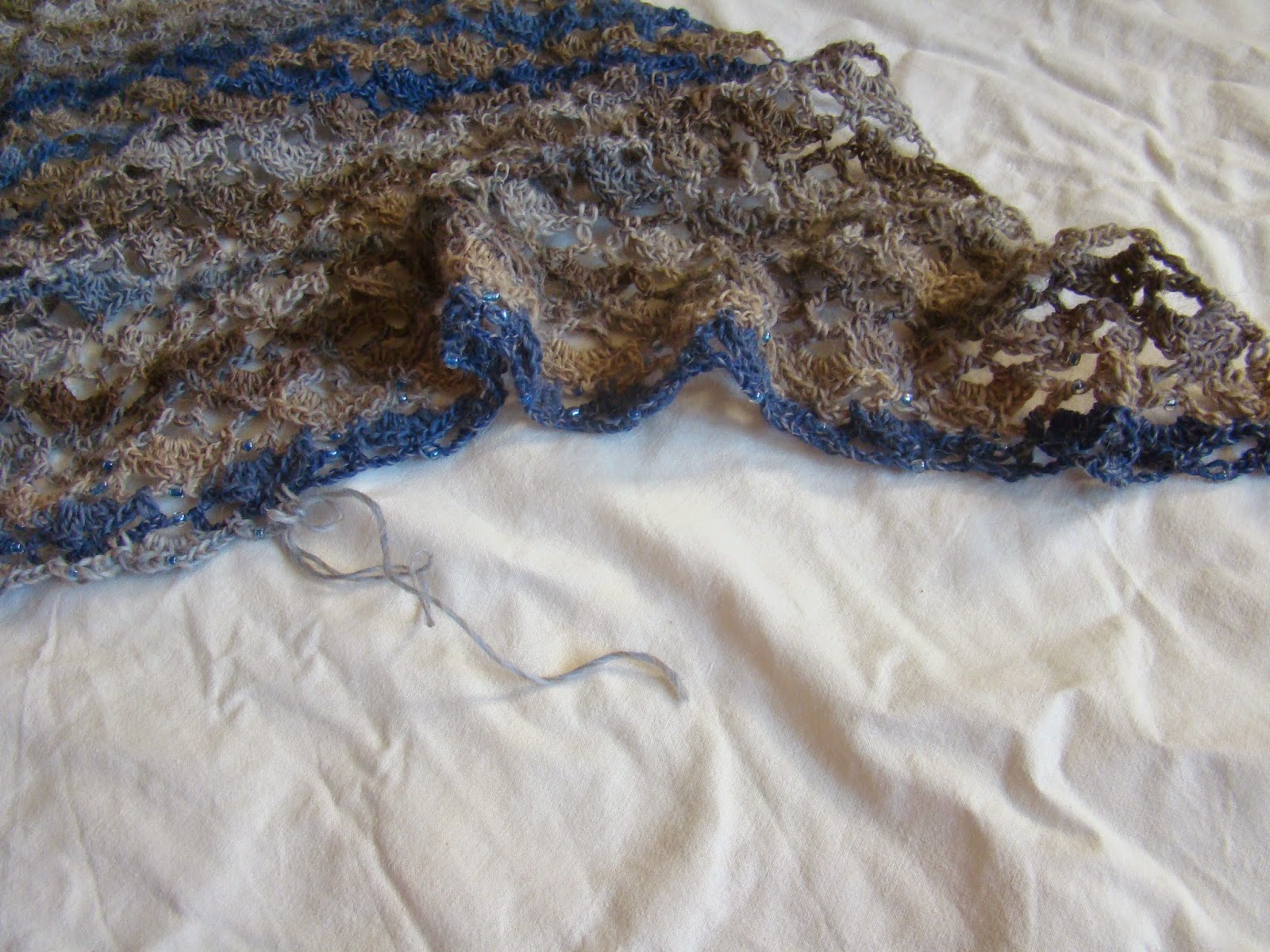 Of which I run out just this far before finishing the last row... delaying the blocking, as I KNEW I had some more, but I just could not find it... 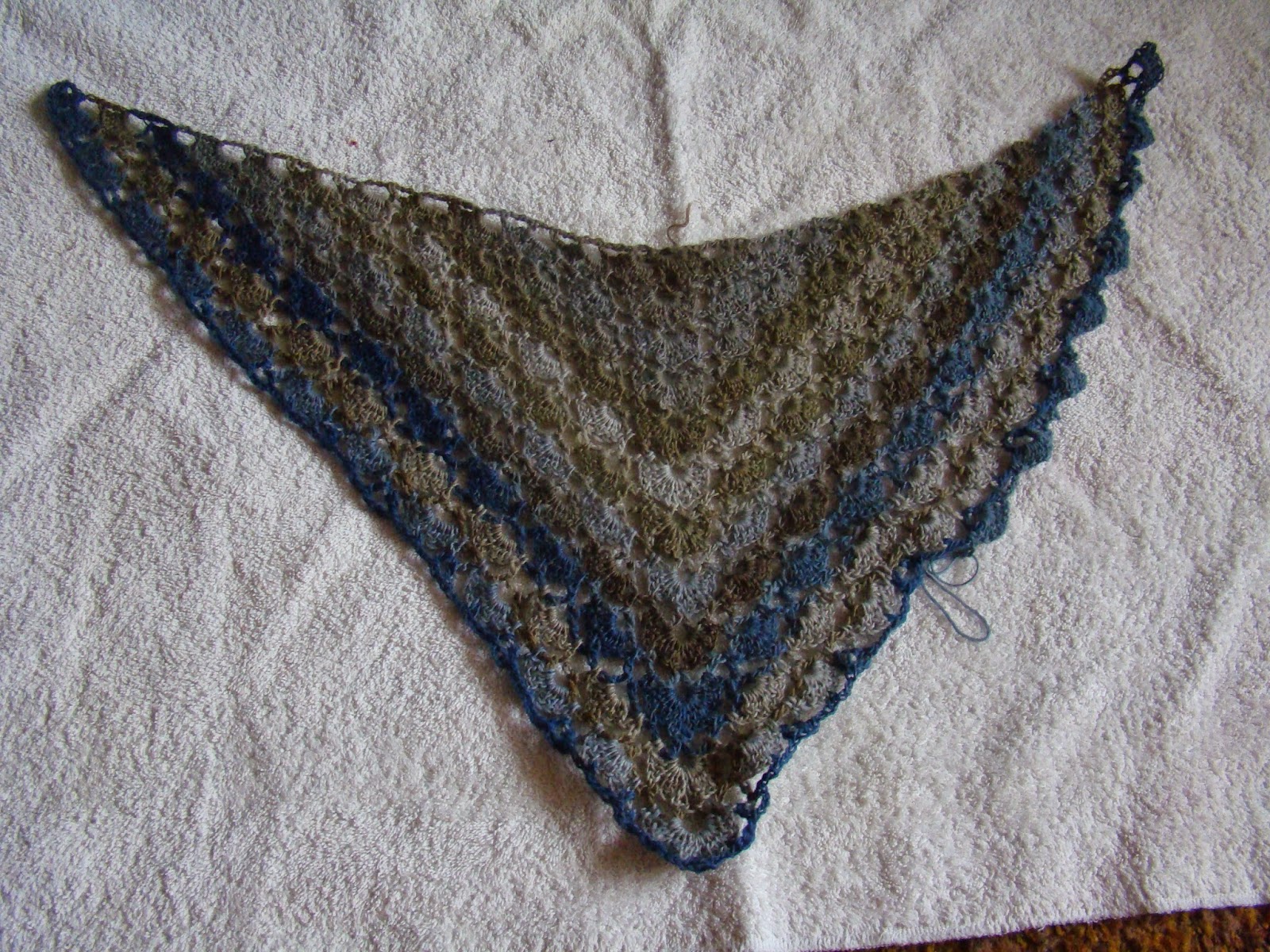 Before and after blocking... 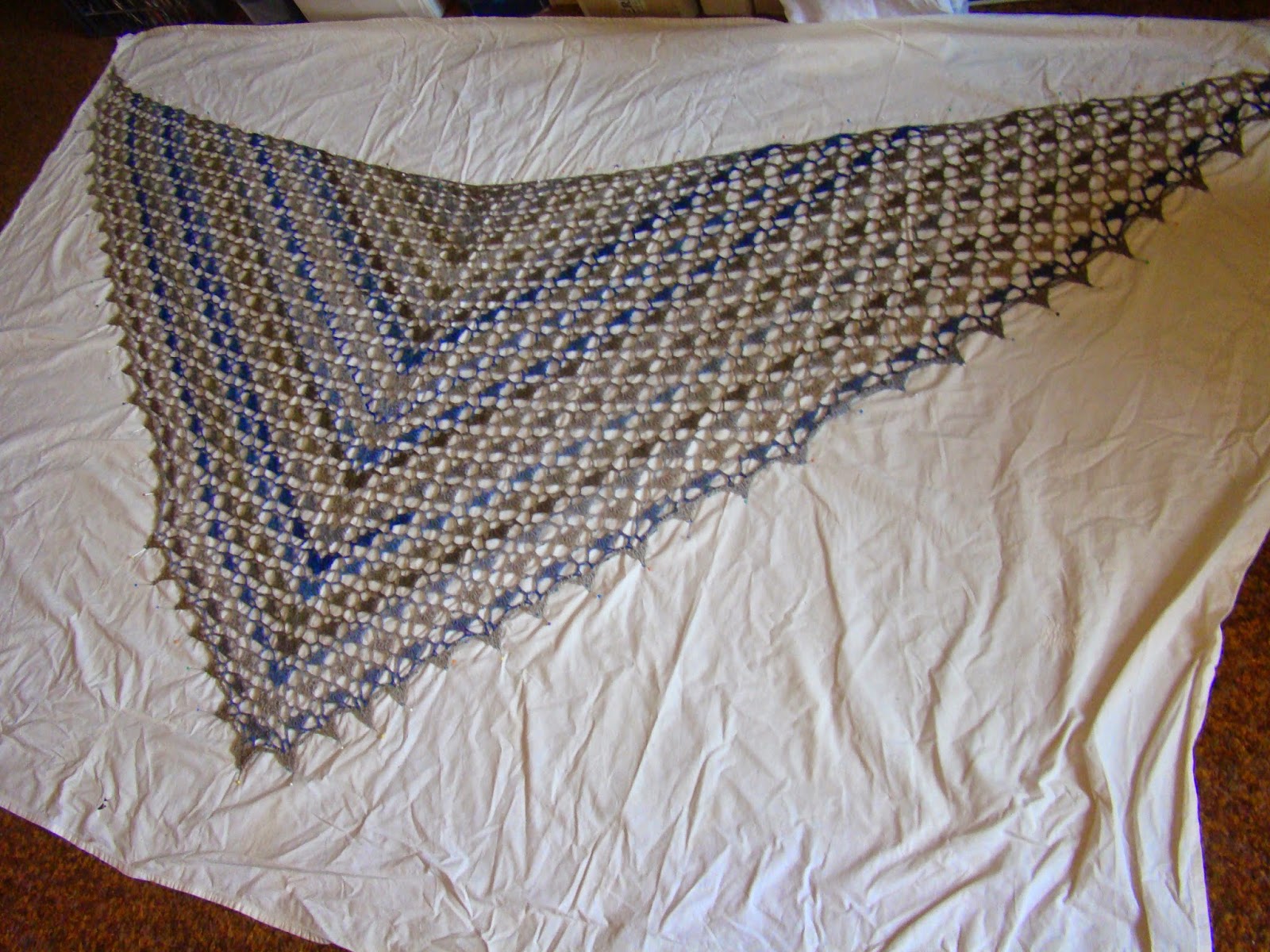 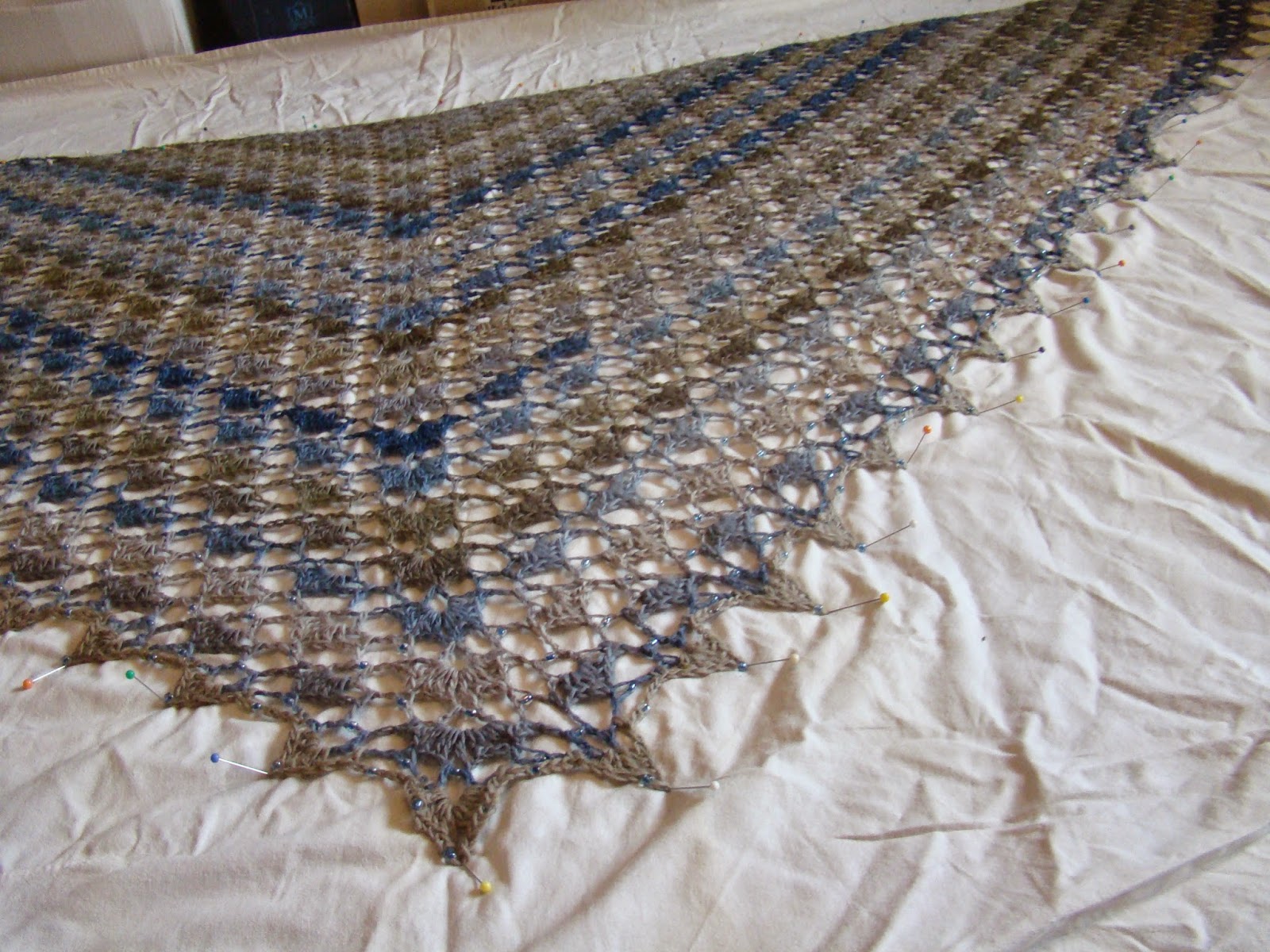 And on its owner, who was kind of moved, when I presented her with the clumsily wrapped package. 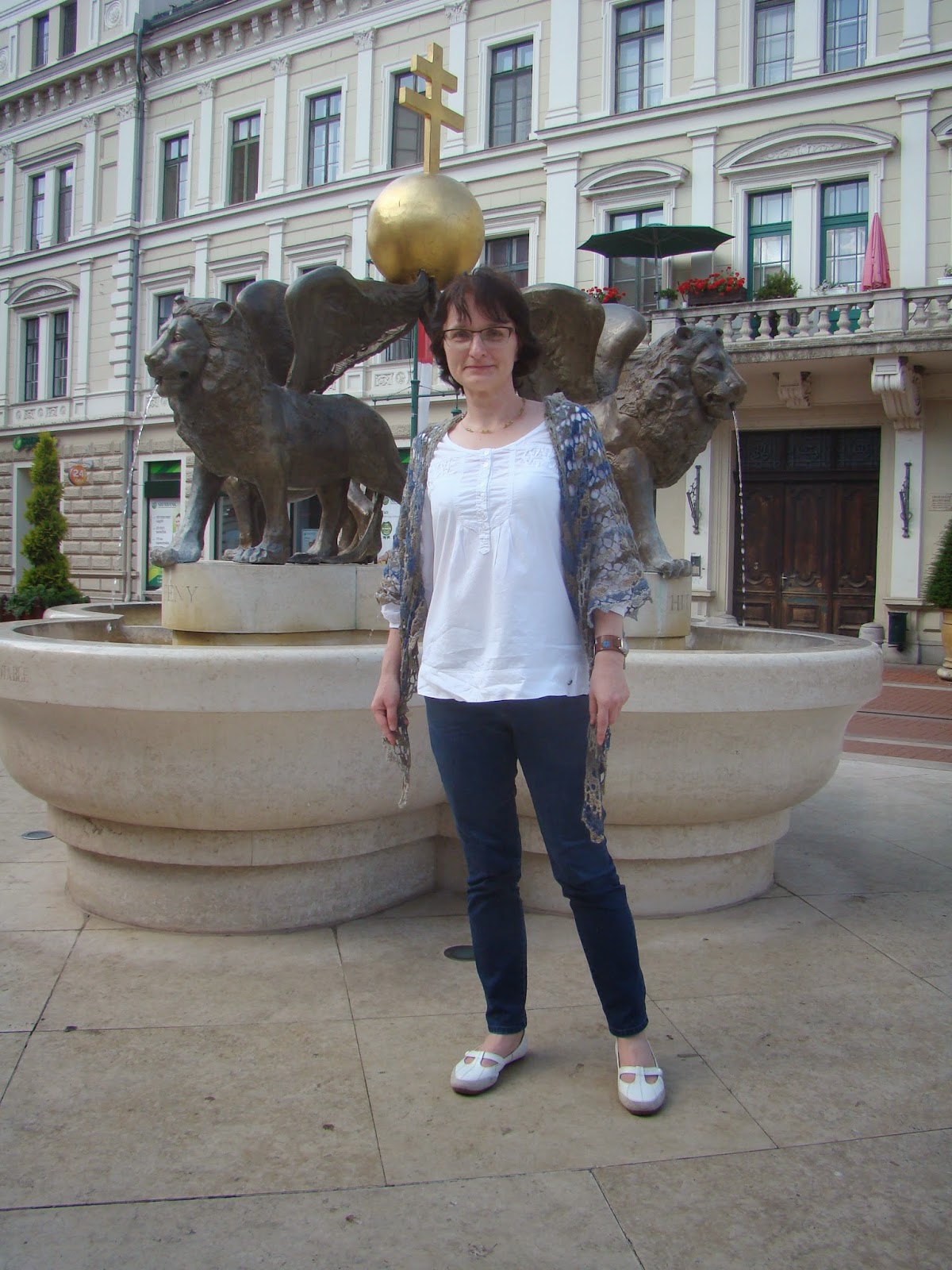 She is a smallish figure and it she can nicely wrap herself in it. 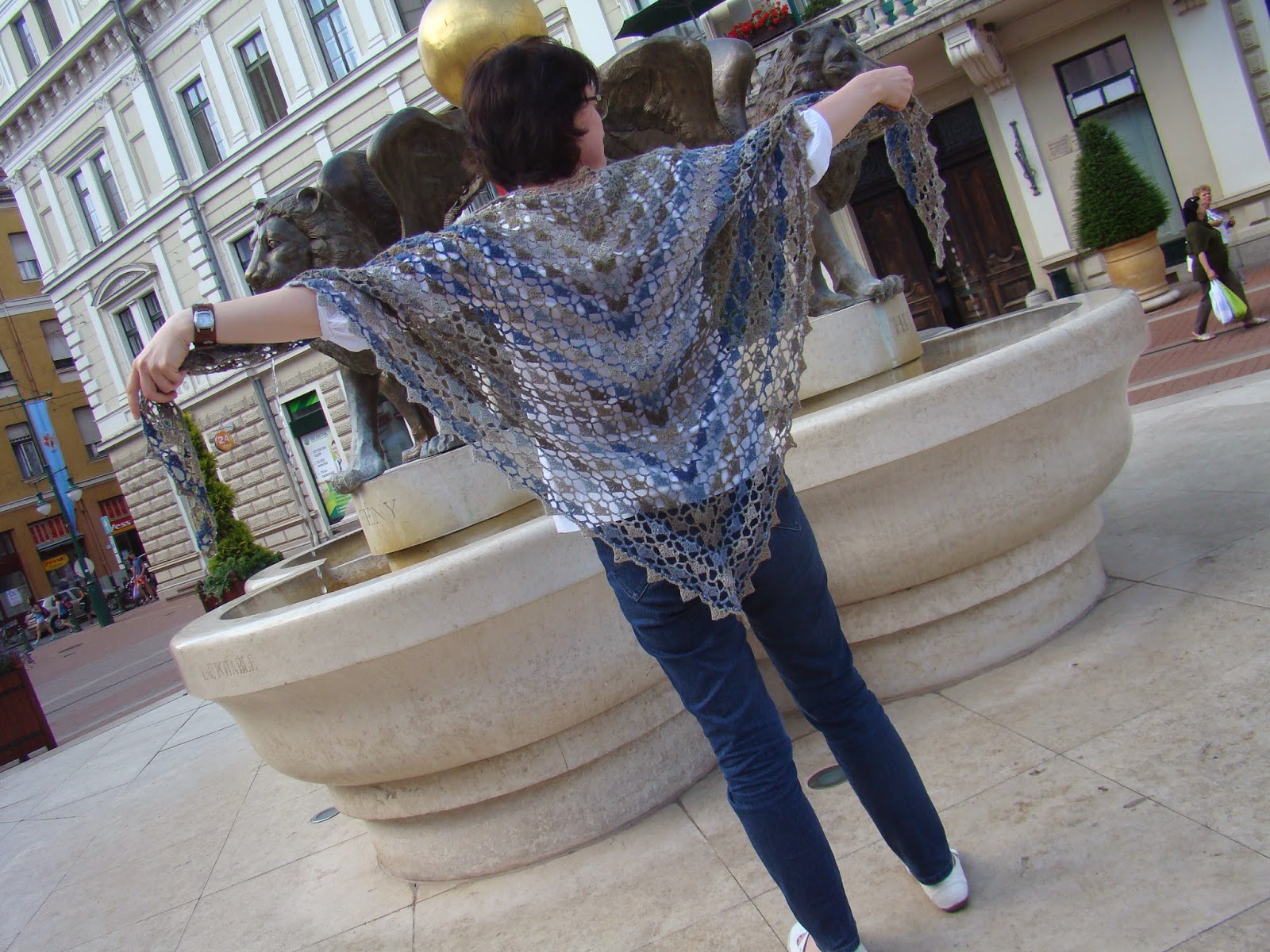